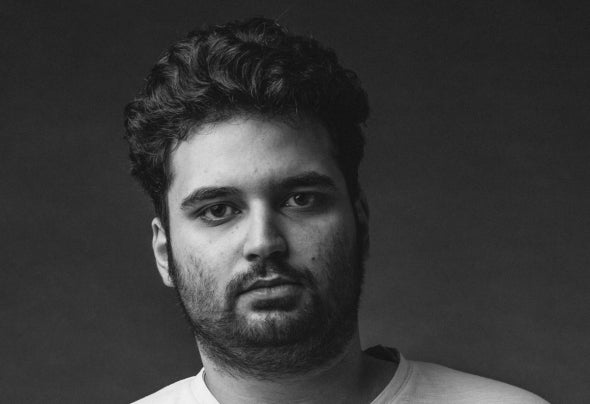 Mechanical rythmic structures, chained to polimorfic sounds. That's really all we can say about Redundant. Born in Switzerland, class '90. His name is Giuseppe Caponetto, raised in Switzerland till the early age oft welve, enough t o get his hands on t he legendary wheels of steel. As he moved to Italy, he spent huge amount of time digging in the crates of his family's dusty vinyl archive, survived from his uncle's “Radio ANTANI”. He immediately felt the need to buy heavy and rudiment al machinery t o work what he's got : samples. His first approach to music production was to chop&screw, and left his soul clock syncopated by breaks and allround music styles.After a couple of years, at the age of 17, he felt the vocation to let electronic synthesized sounds intrude his sample based music, till synths and drummachines almost totally overrode his tastes. 909's, 808's, 606's, 303's. His music styles have a wide range in electronic dance music and are in constant evolution, making it flawless to float from techno to house music.While he overlaps, or subtracts soundwaves to his master, he's never sure whether the final track will be harsh and rude or polished and dub-oriented, making him very flexible but unpredictable. This last one is the main and maybe only characteristic of his dj sets too. Passion for technologyand computer science flows in his veins and characterizes his workflow, being analytical and minimalis t ic .His carrer started in early 2011 with his first release on Ampispazi Recordings with “Algorithmic EP” followed by “Flocking waves EP” in 2012.