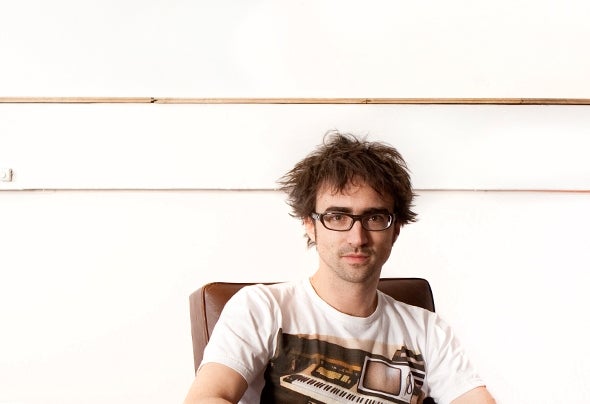 Vix’s adventures in electronic music starts in 1988, when he discovered sampling with its brand new Amiga500 !Its musical route started in conservatory, where he played the trumpet in classical and jazz bands, in the same time he started DJing in parties.Around 1995, he felt the need to play its electronic productions in public, and performed its first “live-act” playing analog synths, samplers and computers.Vix Neiv created his own style over a fifteen-year period, playing house, techno and drum’n bass dj sets, and producing techno, house and broken electrojazz tracks.He’s the founder and label manager of Pikimup Records, the new parisian techno recording label. His recent works are designed for the dance floor, and have been mostly influenced by German minimal techno.His track “Minimul”, played by Richie Hawtin, has been released first by Pikimup Records.