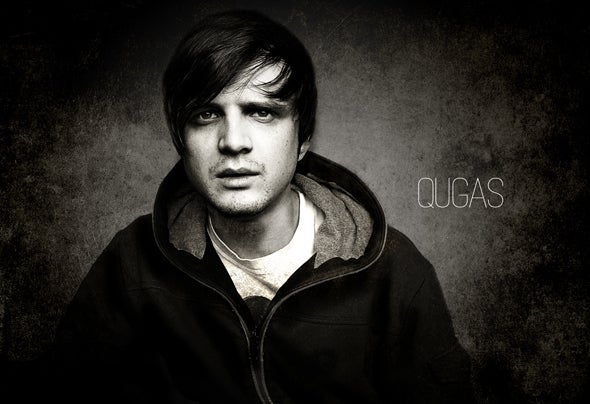 Gediminas Mickus a.k.a. Qugas was interested in music since he was a child, a very noisy child that never stopped singing and ‘playing’ on everything in his reach, from toy instruments to household equipment. At school he often took part in many music related shows and performances. There his adventure with DJ-ing started. At only 12 years of age Qugas participated in school DJ-ing contest, where he mixed his tracks recorded on analog tapes with a simple player. As the youngest contestant Qugas got the whole crowd moving to his music. He realized then that this is what he wants to do. While still in Lithuania, Qugas organized and played on countless parties for his friends using mostly Tractor DJ software. This was not enough, he start to acquire the need to do more, this need gives birth to the producer we know today. As a producer he always had great attention to details, producing his own samples from scratch. He describes his sound as deep and minimalistic. 2005 the year that sees Qugas leave Lithuania and move to Ireland in the hopes of perfecting his art and grow as both Dj and Producer.As a DJ since his arrival in Ireland he has earned the recognition in Galway DJ scene playing in many private parties & local pubs. In his sets we can hear his predominant styles minimal and tech house fusion with great use of effects, loops and samples. In 2009 along with DJ Rais D (Latvia) and DJ Tatumba (Lithuania) he formes HOUSEWORX DJ Team. As a member of this project he is organizing and taking part in many events, including series of summer boat parties and countless gigs at local bars and clubs.