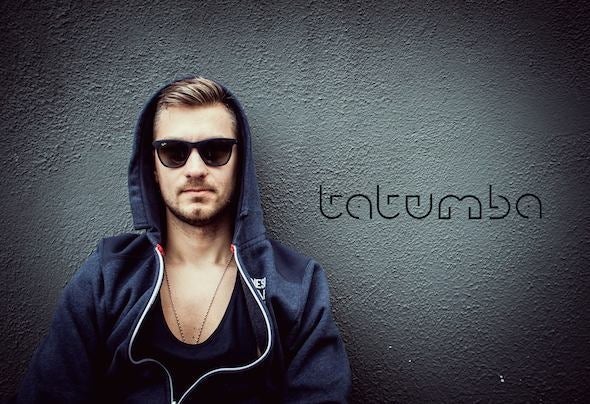 Genres:Tech-House,TechnoYears active: 2002-presentTatumba aka Auris started his career as DJ insecondary school in Lithuania.An opportunity had arisen to play in Galway (Ireland),This is where he started to play at some local barsand house parties.His knowledge of electronic music grew along with confidence.In 2006 he has attended a DJ competition where he Finished in 3rd out of a total of 48 DJ`s.From this he was invited to show his skills in some of the Cities biggest night clubs.At this time he was still looking for his music style to suit his personality.He was playing from electro-house to minimal,then progressed to progressive house and techno sounds. 2007 was the year of hard work where he went from playing for fun topursuing his passion for music.From this he entered another DJ competition where he made it to the final 4.This is where he met Latvian DJ Rais D.Rais D, another DJ who shared the same dream about playing music,while looking down at the crowd going wild, listening to their beats .Rumours in the city began to circulate about two DJsthat had collaborated together to create music that Galway had not yet heard.They took their chance to prove themselves by organisinga boat party down the river Corrib which was a huge success. This has been an annual event as well as building up their names in local competitions.Later in 2009 a very talented DJ from Lithuania DJ Qugas joined the team.From this they became known as ‘’HouseWorx Project ‘’ later ‘’DeveLoopers’’ .This is now a well known and established DJ team name in Galway City.They have also played on numerous occasions in Dublin. 2012 so far has being an exceptional year for DJ Tatumba. He has performed as part of one Irelands biggest outdoor FestivalsKnown as “Life Festival” along with JAMIE JONES, Planetary Assault Systems, Dj Marky, JOVANI and many biggest names in electronic music perform over a three day festival. Tatumba is due to perform in another music festival in July of this year called “Open Air”.Tatumba has also performed as a guest DJ where he will perform a live set on “Tonik Radio” Dublin and INNERVISION radio station UK.2013 has been an exciting year for Tatumba with the production and release of several tracks including “Dreaming”, “Mangusta”, “Walk the Line”, “Dots” . This is new direction Tatumba has taken by storm with his music been sought after by numerous record labels including Coral Record, Diamond Record and many more to come.To date there has been overwhelming feedback to Tatumba’s new music. With such a positive start to the year Tatumba is now concentrating in music production whilst still performing in nightclubs around the country. Watch this space as Tatumba is a name you are going to hear a lot more about in 2014!