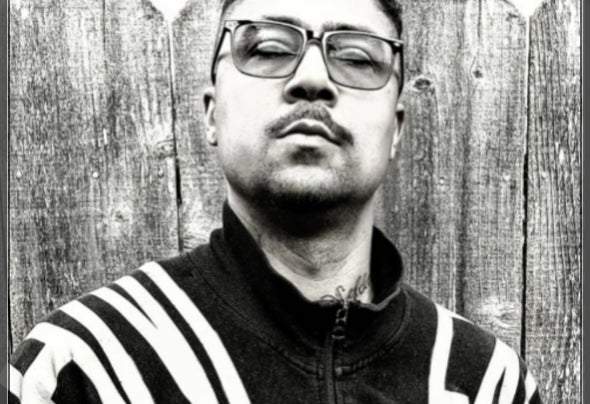 Justin King Perri (Los Angeles, California)Red Channel Records, Montreal Justin has been devastating both minds and speakers in the Los Angeles electronic music scene for over 23 years under the aliases AudioSniper and Justin King Perri. From techno to drum and bass to some of the most cutting edge, blistering, hard psychedelic dub step. His first underground techno release was titled Obsidian on Automat records back in 1998 with Dj Danial founder of Moontribe. He got his first profesional start editing sounds for The Crystal Methods Tweakend album in 2001. He continued to push the boundaries in 2008 having joined with Gasbah Records (Italy). Gasba Records (Italy) is a well respected group of producers from all parts of Europe mainly Italy, who ply Justins electronic music all around the globe. He has produced multiple ganras for over 20 years including Electro and Drum&Bass. Justin King Perri aka Deemster has been producing electronica for over half of his life, seance the mpc2000 to the introduction pc software such as Acid and Soundforge ext. He is an extreme executioner of precise detail when it comes to audio production and has been compared to a cross between Aphex Twin and Quincy Jones.