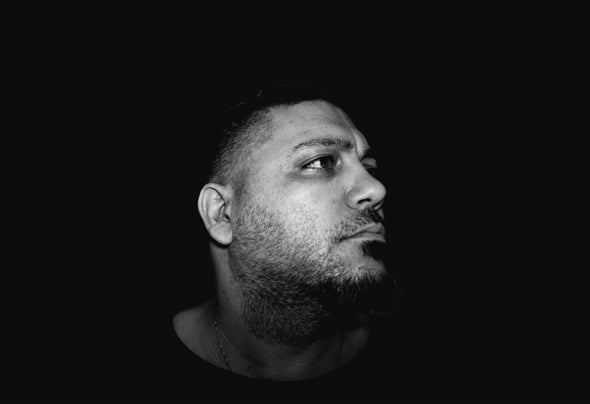 Since 1992, Edward Teach started to produce his own radio program that was transmitted via FM radio, solely dedicated to electronic music. He had now discovered his true calling; he realized he was born to transmit emotions through music. The following milestone in Edward Teach's artistic progression was marked by his music production. There was a technological revolution occurring at that time and Final Scratch had just hit the market. This encouraged him to begin producing his own music, in which he would be able to incorporate into his sets. This would also help him bring something new and much more exclusive to his performances over many other DJs at the time. With the creation of Hardmusic Radio, the station managed to garner 1 million listeners, containing content in 5 different languages,while reaching over 28 countries globally. Edward Teach has traveled all over the country of Spain, Europe, and Latin America. He has shared the bill with such greats as, Richie Hawtin, Surgeon, Ben Sims, Derrick May, Pascal F.E.O.S., Alexander Kowalski, Oliver Ho, and many, many more artists. Edwardteach's sets are recognized for his meticulous technical work, with a style that can be best described as proper, unusual, and sassy. From his devices, you can hear sounds ranging from dark Techno to pure House, always incorporating elements of tribal. This is his personal signature. His second home, Berlin Invasion, opened his arms to him in his day and gives him cover to express himself in his favorite city, Berlin, and in much of Europe more underground. Edwardteach also co-presents with Willy DeJota the radio program Technologia on national radio, UNIKA FM, with which he also directs UNIKA FM Clubbing. Edwardteach currently holds the position of CIO, in a new movement in the world of electronic music, born in Chicago - San Diego - Madrid which goes by the name of, “NO DIVA DJS”. The NO DIVA DJS movement has been growing in giant leaps as of recent.