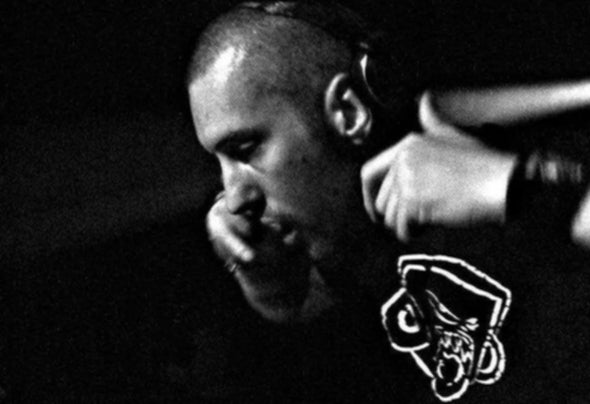 D-Xtreme (Dave de Vries) was born in 1984 in Haarlem(NL).When he was around 12 years old he discovered his love for Hardcore/Gabber-Music. A few years later he tried to mix some records at a friends house who owned a drive- inn show.Soon after that he bought a second-hand mixer from that same friend and a new hobby was born.Around that time he also started to work at local youth-centre “'T IJ” (later re-named: The Cube).This also was a great place to practice and a opportunity to play for a live audience. When he was learning to be a Chef his teacher attended him on the different music- software available to compose/produce muic on a computer, and gave him a cd-rom with 4 programs (Fruity Loops 4, Cool Edit Pro, Protracker and Modpacker), and so his journey began.....By the end of 2004 his first official releases came a reality when Megarave records and D.N.A. records released tracks like 'The Clock Is Ticking' and 'D-Xtreme' on cd and vinyl.And on 31st of december in 2005 he had his first big gig : Megarave 2006 at Go Planet, Enschede.Among others he played at numerous venues like the Peppermill, Factory, Waakzaamheid and Paradiso.Over the years he also produced tracks for Fixparty records, Furious Monkey records, Battle Audio records, Dark Impact records, Frantic Bombing recordings and recently Bzrk records and Hardcore zonder hokjes.Keep a eye out because there's lots more to be expected from this artist.