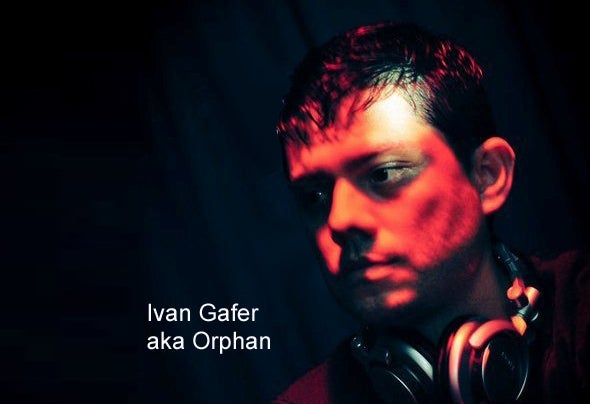 Ivan Gafer developed a strong inclination for club intense atmospheres, starting his insertion to EDM in the beginnings of 90’s, mainly under 2 specific influences. One was the acid house era, Rave anthems and Club mainstream cuts from those years. This influence wasn’t hard to maintain, regarding Costa Rica is a country rhythmically dominated by tropical sounds like salsa and merengue, and other local pop non- electronic music styles. Besides he tried to keep up on t he groove, at t ending local djs who played regularly and who were t he local gurus in charge of bringing those new sounds to the scene.Another important influence in his musical projection were (and still is) his studies in Philosophy and Sociology, which t urned t he concept ion of t echnology role in music construction, the conception of electronic music and their impact in human society. Though there are many studies about this topic: music development as a human creation, the discotheques and dj culture, their products and the unavoidable social segregation, this social and historical practice became the main reason for a deep immersion to the world of electronic dance music. Always behind all this thoughts there was the urgent and insatiable need to find the right track to contextualize every moment in people’s life, so dancefloors became the places to forget anguish, despair and sadness... became places to let humanity overcome life hurdles.For 2003, he was invited to play for the first time in a birthday party in a well-known local club where house lover still delight their taste, called Lubnam. Five months later: The gig in the most important club in town Club Vertigo and this was the beginning of his career. Three different residencies and multiple parties, besides gigs with some famous djs who visit the country, molded his style to be one of the most hard and consistent dj combining vinyl and cd modes. This learning period from 2004 to 2008, he experimented with every different genre of electronic music. Then his sets were full of atmospheres and rhythmical keyboards, tribal and ethnic percussions; eclectic sections with beak beats tracks and ambient and downtempo.In 2008, Ivan Gafer decided to let the hard and speed sequences of techno under his alias Orphan and start a musical production phase, based on minimal and tech house style. By his birthday celebration of that year, Ivan Gafer got his first Ep signed up, under Bosnian label Mediatron Records called Doubtless Ep, from which was extracted his first single Dubthreat. This track with a dark sense of percussive tech house, deep basses and interesting speech marked the beginning of his producer phase and received big support in some Europe and Asian countries like Italy, Spain and Greece and other countries United States, Bosnia, Rusia, Colombia, Venezuela and Argentina. After these five years, and the sustained support of labels like Mix Groove Recordings, Tracks for Dj, Monkey Show Records, and other labels that signed him up before, Drag n Dop Recordings, South Records, CE Records, Linecode Records and Mediatron Records; Ivan Gafer aka Orphan, aka Decoder (Costa Rica), exposes in his productions a dark perspective of a Central American society techno, mainly percussivewit h layered narrat ives and unworried reviews of different aspects social live, dj sets less structured, loopy and bassed based, with defined minimal lines and subtle grooves.