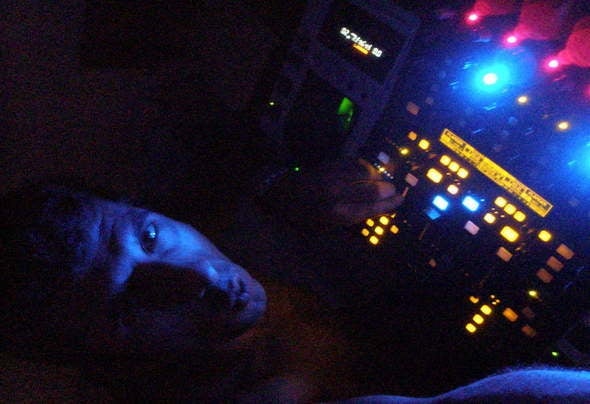 Born in Croatia in 1977, actually based in Italy, Cristian Deklic started his music experience at the age of 14 playing guitar in a heavy metal band. After various live exhibitions and one demo-tape the band members decided to to in different directions and to divide the band. In 1998 he casually went to a house party hosted by Satoshi Tomiie and there it was “love at first sight” with that kind of music. From that night he involved himself into the local underground dance music scene meeting many Djs and trying to catch out of them as much as possible about the house, progressive and tech-house music. He felt in love with the constant beats, the deep driving basslines and the repetitive hypnotic melodies. 2007 is the year of his first live performance as a Dj. In a small club near Umag (Cro) there were 30 listeners about, however the 1 hour set was almost perfect and he get really satisfied. After that he had various exhibitions on private parties, small clubs in Croatia and Italy becoming also resident in a beach bar named Bora Bora (Cro). Always working to create quality, deep and melodic progressive house tracks without trying at any cost to make “something new” but just trying to make music for the heart and for the soul.