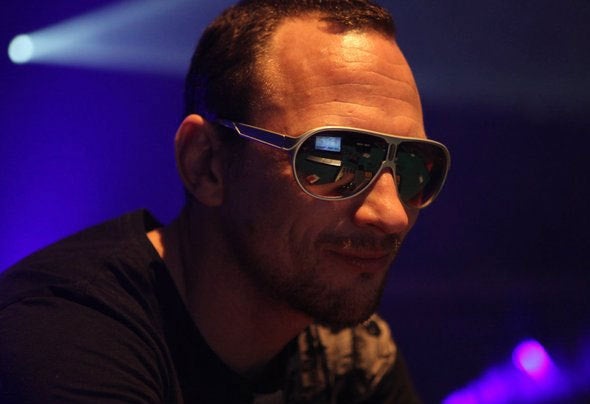 NOISEBUILDER has been the inescapable actor of the electronic scene since 1993 when he was resident in the Néo Club in Paris. As much composer as producer, since 1994 he has influenced many artists with his surprising productions with OverGround, Coretexlab or Heretik system, where he was the first to play machine live act.He produced his first album with UWE; entitled " Album 001 "; and this was followed-up with numerous interviews and reports in Canal Plus, Traks on Arte as well as various magazines such as Rock and Folk, Inrockuptibles or even Trax; and also some performances on radios like FG and NOVA.Everyone can remember his incredible Britney Spears remix under PVN or crazy tracks on Megalow, 05OP, which became compulsory vinyls in the tubs of djs.NOISEBUILDER has played his strong , avant-gardist electronic music all over the world : Lebanon, Belgium, Switzerland, Spain, Italy, Venezuela, Tahiti as well as in the biggest French festivals such as Astropolis, Millesim, Technoparade, Festival des vieilles charrues, Panorama festival, Fete de l'Humanité, The festival of Dour (Belgium) ,Today he plays with stars like Vitalic , Manu le Malin , Laurent HO , Al Ferox , David Guetta, Martin Solveig or even Eric Prydz (CirezD), while dedicating himself to composing / producing tracks always aimed at the dance floor.NOISEBUILDER has produced more than 150 tracks; each one more impressive than the last.Actualy he create his own agency called Elektrik Addikt which manages 3 labels (Junky Robot, Auditive Texture and Qubiq Records), artists booking agency and events.