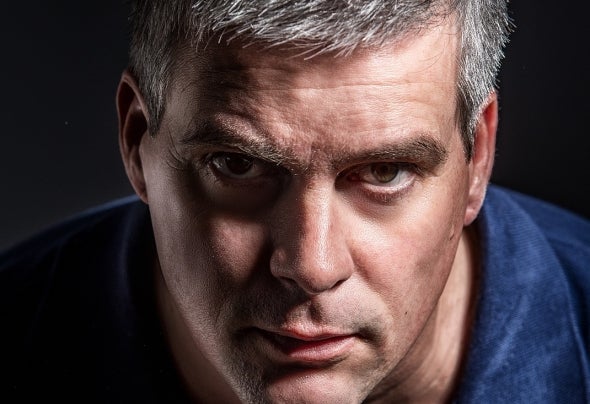 Born in 1976 in a small town in the rural parts of Holland, multi talented Dutch artist C-Jay took up an early interest in electronic and experimental music of artists like Jean Michel Jarre, Vangelis and Tangerine Dream. Allready at the age of 11, C-Jay got his first muscial educations on the ins- and outs of both digital and analogue instruments, with the enthousiastic love and support of his parents and a local music teacher. His love for synthesizers grew and pretty soon young C-Jay’s bedroom was swamped with analogue synths and drum machines, paid for by his weekend jobs. And now years later at the age of 36, C-Jay is as diverse as it gets in today’s dance music business: former recordstore owner (Sessions Recordstore), dj, producer, label owner (The Sessions Recordings) promoter of his own underground nights called “Electric Cafe” and “Head of Dance music Licenses” at Dutch authors rights company “Buma / Stemra.” With his dayjob he makes sure composers and authors of Dance music in Holland get paid when their music is performed on stage.As a producer C-Jay got his first worldwide release in the spring of 2004. This track (SwayWatch) got signed to the Moun10 imprint, (owned by Dutch house legend Jaydee) and got massive support from artists like The Flash Brothers, Chris Fortier and Fred Numf. His second release, co-produced by his longtime friend Jaydee under their “Graylock” alias, got a release on First Impression Recordings, the label of ...... Jaydee. This release got supported, played and charted by Armin Van Buuren, Ton TB, Paul Van Dyk, The Flash Brothers, Carl Cox, Chris Fortier and many more.Due to the fact that both releases were received so well by the international scene, C-Jay decided to start his own recordlabel “The Sessions Recordings.” The label soon became a fact, and the first vinyl hit stores worldwide in november 2004. Some time later after 3 releases on his own label C-Jay had the result he wanted: the attention of both the scene as well as the people on dancefloors worldwide. The established labels were now interested in him as an artist, cause he made a name for himself and he had shown that his tunes were loved by many around the globe, selling easily around 3000 – 4000 copies back in the vinyl days, long before digital sales.A year later, in November 2005, C-Jay’s co-production with his friend Mick Wilson UK / Tilt! / Parks & Wilson) appeared on the well respected Dutch imprint Cyber Records. This masterpiece called “Darkism” was a personal favorite of Anthony Pappa and Hernan Cattaneo who both have been dropping it a lot in their sets of summer / fall 2005. Hernan Cattaneo even closed his legendary Dance Valley Festival 2005 set with this floorfiller.... and Dutch national radio did a live broadcast of that set.In February 2006 after a string of releases on well known labels, C-Jay decided to re-start his own label again and turn it into a digital imprint. Talented young guys like Roger Martinez, Josel & Pedro, Bastian Bouma and Patch Park all released their early tunes through The Sessions Recordings. And in September 2008 “Magnanimity” saw the light of day on his label. C-Jay’s first full length artist album on physical CD contained 2 discs, with remixes by other artists on the second disc. The album got superb reviews and in Holland the legendary OOR magazine was raving about it. OOR can be compared to Mixmag or DJ Mag. In August 2011 C-Jay released his second full lenght artist album on CD. Again, this release got superb reviews, high ranked charts and the track “Electric Cafe” (with Sezer Uysal) turned into a small top selling hit success in several countries. Even Armin van Buuren still plays it out in his 2012 sets.Next to his studio work, C-Jay used to be a well known recordstore owner and event promotor in Holland from 2000 untill 2006. As he was a skilled and eager dj without gigs, he decided to throw his own nights. With success! He organised some legendary events during those years, inviting artists like Moshic, Chris Fortier, James Holden, Chris Cowie, Anthony Pappa and Quivver to Holland. In 2006 the nights officially stopped, but he still runs his highly acclaimed “Electric Cafe” nights in Patronaat Venue, just outside Amsterdam. Every month from September to March, since 2010.Having shared dj booths with almost every big star of the scene, C-Jay is bound to become one himself. In the last couple of years C-Jay found himself playing gigs in Poland, Romania, Holland, Germany, Greece, Belgium, Switzerland, Jordan and the Ukraine and the rest of the world is waiting for him.Not doing it for the Hall Of Fame but just loving what he does since childhood, C-Jay is known for his motto: “Progressive is an attitude....” (not a style)