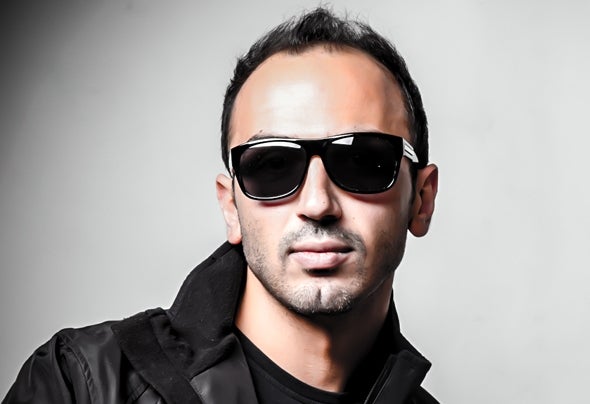 Driven by a burning desire to see others succeed, Moe Ghebris' own success (under the moniker of G-Mohris) has been achieved against all odds through the lens of Lebanese civil strife and a war-torn Beirut that saw the path from child to man traveled all too rapidly. Shunning more traditional childhood gifts and pastimes in favor of an early Casio synthesizer, a passion for electronic music was thus borne from endless hours of youthful experimentation and sacrifice. Such enthusiasm ultimately led to a desire for greater immersion in a sound that was synonymous with Beirut's B018 and which saw G-Mohris' nocturnal adventures to the club that shaped his musical outlook fully rewarded.A chance meeting with B018 resident, Fady Ferraye, in 2002, thus laid the foundations for a multi-faceted business operation which would come to define G-Mohris' rise to success. Responsible in his early years for bringing the likes of Steve Lawler, Dubfire, Marco V, Fred Baker, Leon Boiler and others to the Beirut early rising clubbing scene while he studied at the Lebanese American University, graduating at the top of his class with a distinction grade in business hospitality management and tourism, bore the hallmarks of an individual ready to make his mark in the wider music industry.Juxtaposed against the continuing conflicts of his Lebanon homeland, a deeply held belief that inner spiritualism be fundamental to any future undertaking was key to the G- Mohris modus operandi. Having built a network of friendship and business contacts through his work with Ferraye and subsequent meeting with Markus Schulz and others, G- Mohris launched the Per-vurt Music Empire in 2006 to immediate success. Featuring in the world's media from Time Out and The Financial Times to DJ Mag and Radio One, Mix FM,Al Nahar to LBCI TV, the DJ & Music Production School, Music Store, and the Event Management Firm cemented his status as a burgeoning business entrepreneur, DJ and Producer.Fast-forward to 2013 and G-Mohris' achievements in the music industry are unparalleled. Built upon a work ethic that places dedication and passion for his craft at its core, a one-man operation has driven G-Mohris to the highest echelons of success in a hugely challenging Middle East arena and beyond. Amongst these successes, 3 record labels (Per-vurt, Vurtical and Pink Pervs) form the basis of an impressive stable of 300 artists from across the globe. Flagship imprint, Per-vurt, recognised as one of the Proton roster's top performers, has hit the top 100 Beatport charts and Featured Releases on almost all releases, launched a remix competition in conjunction with globally renowned Moonbeam Digital and produced a top 10 rated Proton Radio show “Per-vurt Sessions”. G-Mohris himself has been responsible for over 30 productions on both Per-vurt, Vurtical, Baroque and other labels while support from DJ glitterati as diverse as Hernan Cattaneo, Markus Schulz, Sasha, Nick Warren, Armin Van Buuren, Dave Seaman, Guy J, Paul Oakenfold and Mark Knight, highlight the labels' growing credibility as licensing deals with Hope, Global Underground, and Armada extend their global reach.The increasing expansion of a successful business empire has been a continuing theme throughout G-Mohris' notable career ascent but always with the aim of providing a greater good for the music industry as a whole and helping the fledgling DJs and producers found within his musical family. Launching a business built around the premise of helping both new and established DJs and producers, G-Mohris has created a 'one stop shop' that provides expert advice on every aspect of the music industry as well as authorized and exclusive dealer for such leading brands as Native Instruments, Ableton, Novation, Dynaudio, Focal, M-Audio, Ik Multimedia and Pioneer. Friend and confidante to Lebanon's top DJs, G-Mohris's music technology store represents a place where artists can gain access to the latest technology in an informal atmosphere as well as achieving support and advice.A DJ agency and promotions company is the final component in an ever-expanding business portfolio. A fully stocked DJ room allows students from the Per-vurt school to practice their trade, record sets, learn the art of music production and potentially sign music on the different labels. Moreover, G-Mohris has been responsible for providing a number of upcoming and talented DJs to the International and local Lebanese music scene in addition to providing music solutions for a wide range of local clubs, gyms and coffee shops.Moving back into the world of DJ'ing in 2013 has provided G-Mohris with an arena in which to extend his musical influence over the club-going masses. Under a second alias, Chris Rubz, G-Mohris is able to diversify from progressive deep and tech house into techno and nudisco as he takes his guest spot at Club B018 after an invitation from resident DJs Ziad Ghosn and Stamina to play alongside them. The same year witnessed the launch of Per-vurt Records Label Nights, a series of events featuring the label’s finest DJs and Producers. The very first Label Night presented to the Lebanese Scene a great DJ and Producer from Turkey Sezer Uysal, Big Al, and more!A career built upon over a decade's experience in the cutthroat music industry, G-Mohris has emerged victorious as his business and personal growth continue to develop at rapid pace. Through his range of 3 well established Record Labels, 10 websites, DJ & Music Production School, Event Management Firm, Corporate Music Management & Solution Firm and an ever- evolving Music Technology Store, success has never been taken for granted. However, this success plus the respect and support of his peers and the hope that other aspiring entrepreneurs and producers can learn from his experience, are the motivations that drive G-Mohris relentlessly forwards and thus form the core of G-Mohris' single-man assault on the music industry. Graphic Design Company, DJ Room, Recording Studio, DJ Booking Agency, Radio Show,