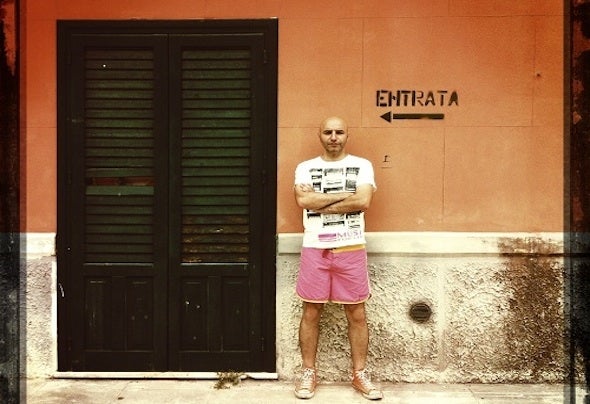 Fady Ferraye has not had a normal upbringing for a DJ. Born in Beirut, he began collecting vinyl at the age of 10, with the Lebanese civil war as a backdrop, mastered his skills back in the 80's in one of East side of the City's bomb shelters, Beirut was then compared to Berlin's pre 90's era, dark, divided, and insecure; it was no easy start for a musician's career that would one day take him across the world for high-profile gigs, delivering the message, the Middle East is not only a war place. After years of spinning in the vibrant, but at times troubled Middle East, and 6 long years playing a weekly residency at Beirut's hip club B018, Fady felt the time was right to take the plunge to move to a European hot dance music spot, Amsterdam, where his international DJ career started. In the following year his profile shot up and was booked all over the city, as well as top notch Beach Clubs; In the same year he landed a second residency, Amman's Prana club, and back to Beirut, he started a monthly night at the capital's avant garde club, The Basement. He performed alongside many international DJs, Sander Kleinenberg, Deep Dish, Paul Oakenfold, Tiesto, Dave Seaman, Marco V, Kid Loco, Mr Sam, Dirty South, Fred Numf, Judge Jules, Above & Beyond and Mark Van Dale, also played in many big festivals. And to add a glamorous touch to his sets, in March 2007, he played a special after hours party, for a special guest, Sean Combs, aka P. Diddy. At Amsterdam Dance Events October 2007, he started the City's new Top Glamour night, Yield, together with DJ Maron, and the night is still running every month. in July 2008, he played a special gig at Fashion TV's Black Diamond Boat in Aqaba, a night that was promoted all over the Globe on Fashion TV. Fady knew that productions are essential for any DJ to get ahead, started production in 1999, had releases on many labels, like Audio Therapy, Presslab, Frisky, Outside The Box, The Sessions or even major ones like Emi, Harmonia Mundi. Many of his tracks and remixes have been supported by key names in the scene such as, Hernan Cattaneo, Deep Dish, John Digweed, James Zabiela, Dave Seaman, Nick Warren, Riccardo Villalobos, Matthew Dekay, Moshic, Andy Moor, Matt Darey, DJ Preach, Laurent Garnier, Steve Lawler. He recorded under various guises including Fady Ferraye, Fading Ocean (with M'ocean), Free Jerk Inlay (with Eelke Kleijn) and Yield (with DJ Maron), down tempo wise he produces under the Moonphish pseudonym. Not content with simply spinning, he launched his own label, Goosebumps. In addition, he has a show on Frisky radio every fourth Tuesday of the month called Goosebumped, it is one of Frisky's top shows. He has also another weekly show on the famous NRJ radio. It's about the music that gives people those magical feelings we call them Goosebumps says Fady, whose sound is hardly categorized into a certain genre. An open minded, body-shaking House, a deep mind-setting Techno, with a touch of mystery, influenced by his big & long time experience in the underground, from Progressive Rock , Electronic and Jazz to Psychedelic, Dub & Metal, being a 70's German Minimal & Progressive Electronic Musik freak since 1983 (Tangerine Dream, Klaus Schulze, Kraftwerk, Can, Brainticket, Ashra Temple, Philipp Glass to name a few…) was very rare to see or even hear about in my school back then, it was a kind of a Cult for us, listening to a one sided 25 minutes track vinyl, that was our earliest trip says Fady, thirty years later, Progressive House was born and later Minimalism became big. Being a big fan of David Lynch and Andrei Tarkovski, carving his sets like what Lynch once calls the mystery of the Continuing story, has got him more fans from the cinema world who totally understood the Discovery, the Mysteries, the Another world, Fady is a top DJ who surprises his audience, he says what differentiate a good DJ from a bad one is the surprising factor in his set, that is the moment that gives people what we call Euphoria, and………Goosebumps. That is no wonder why a couple of years later, he got interested in doing music for Indie movies, this time, three tracks of his were included in the award winning (Best soundtrack/score) Franco-Lebanese movie, A Perfect Day.