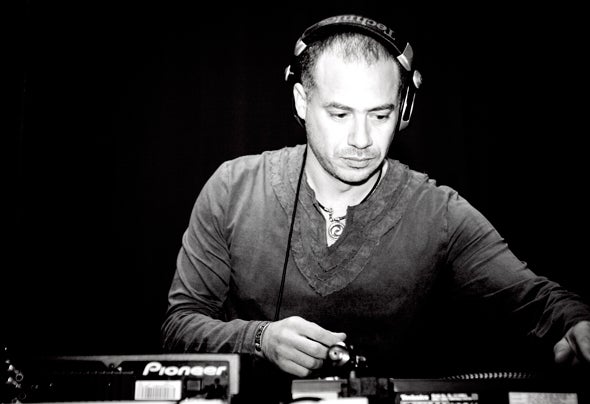 Dr. K joined the Egyptian Air Force but after a plane crash he decided to choose entertainment and DJING as a career, in the age of 21 he started performing in very successful events and became resident in many clubs which he gained his professional techniques and styles, he has the power of controlling anybody on the dance floor and make them dance, he started his residency in 1987 Golden club then in 1991 Atlantis Club then moved to one of the biggest and finest clubs ever in Egypt Upstairs from 1994 till 2001 but that was just the beginning, It payed off as in 2000 he won the title of The Best DJ in The Century in The Middle East and The Millennium DJ by the Egyptian Satellite media channels in Egypt then media channels swarmed around him , his love and passion to the music made him also produce so in 1999 he had his 1st production, a track called MY XTACY. Also as a Dance4Life Ambassador for Egypt he helped in setting up the Dance4Life Event in 2006.In 2004 & 2005 He won the title of the Best DJ in Egypt again by Orbit TV, Also he was the organizer for The Most Wanted DJS (Deep Dish) for the first time in Egypt (10, December, 2004), in 2005 he was the director of production and technical for Heineken Thirst Final event with DJ Roger Sanchez & DJ sander Kleinenberg at the Pyramids Of Giza.2006 he started his international tour at Moscow from 16 Feb. 2006 till 23 Feb. 2006, he performed in the opening of Club Renaissance – Moscow that gathered, the gig was transmitted live into Russia Radio Famous FM Stations (Mega Polise FM – Night party FM) & was interviewed by Smile TV in Moscow. In the present time he created the Trio of Dr. K & Nii Vs. SHIHA, producing and remixing for artists such as Calinte & Salinas, Chris Cargo, Ritmo playaz,Dj Tarkan ,Tone Depth, Sergio Garcia and many other Djs. Their latest hits includes “Am Alive” which featured the magical voice of Sarah Blacker, “Am Alive” was featured on Andy Moor's Latest compilation “Breaking the Silence Vol. 1” released by Armada. “Am Alive” also got great support from Armin Van Buuren, Paul Oakenfold, Matt Darey and lots more