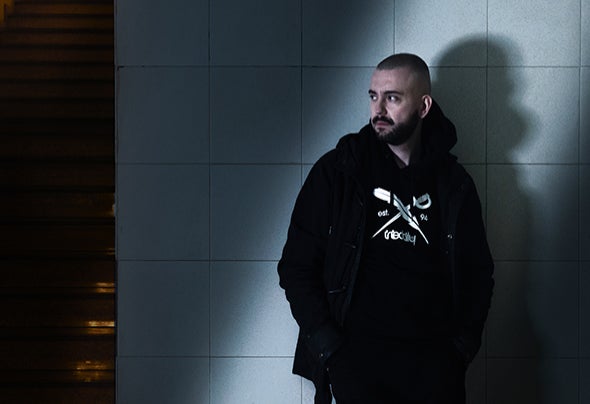 Working as a Software Developer in major companies in Greece since 1996, was one of the assets that helped V-Sag expedite his music knowledge and succeed in the professional Music Industry. His repertoire gathers millions of views and plays around the internet while being the first official remixer of Loreena McKennitt worldwide and in the likes of record labels such as Universal UK, Armada, EMI UK and DJs like John Digweed, Tiesto, Hernan Cattaneo, Paul Oakenfold to name a few. To complete his success in the Greek music industry, his single “Lonely” surpasses 3.000.000 views in a couple of months and has been featured in prime advertisement spots and shows in Greek national TV and he is currently having major collaborations with some of the most famous artists in the country. Internationally were widely active and also the lead music producer, composer and piano performer of one of Turkey’s biggest hits which surpassed 67.000.000 views on YouTube, “Oldu Onlanar”. He is one of the most achieved electronic music producers of his country, with over 6 albums released worldwide and founder of the non-profit technology-loving organisation The Nerds, and a certified musician and teacher by Berklee College of Music. His albums cover all of the electronica facets and his sound is uniquely identified when heard. Self-taught and as a computer expert, his biggest advantage is the fast learning when acquiring completely new software knowledge to go through any essential requirements for his job. In his free time he enjoys teaching music and volunteering by giving lectures about music production and providing exceptional services at non-profit organisations.