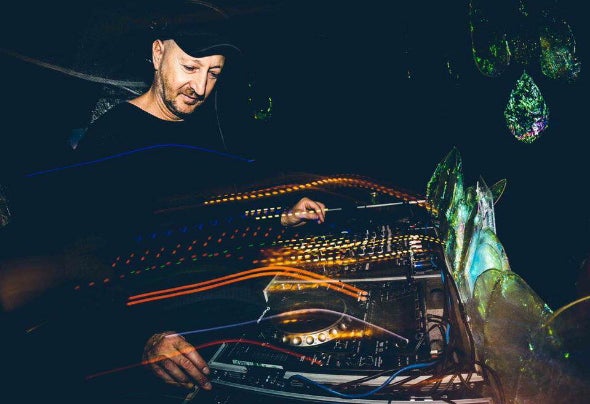 A true vibe master, Robbie Lowe’s love for playing timeless records remains as strong as the day he first jumped on the turntables at a house party back in 1993. With a reputation as ‘the nicest guy in Australian dance music,’ Robbie’s affable nature coupled with an innate sense of how to move a dance floor has seen him endure as one of the country’s most respected and in demand DJs. A rising star throughout the early 2000s at iconic Sydney parties like Sweetchilli and Sounds on Sunday, Robbie’s impeccable taste, technical ability and adept programming secured him as a crowd favourite. With a style indebted to progressive house, the genre’s ethos remains at the foundation of his signature sound, whether he’s dropping sun-drenched deep house, melodic late night tech or early morning chug. From the legendary early morning Spice Cellar sets and ‘all night long’ marathons at Civic Underground and S.A.S.H, to rocking the Electric Gardens Festival main stage after Armand Van Helden, Robbie’s accolades are many. He has warmed up floors for some the biggest names in the business and in 2019 was personally selected by Sasha and John Digweed as warm up DJ for their first Australian shows together in 13 years. Across the seas, he has played and toured regularly in the USA, UK, China, Indonesia and Fiji. In the mix series realm, Robbie has contributed to the esteemed Balance podcast, John Digweed’s Transitions radio show and released a compilation on the revered Ministry Of Sound label. He has also produced a handful celebrated EPs, including collaborations with fellow Sydneysider Matt Rowan. Their latest release, ‘Luminary’, drops in June 2020. Unfazed by his standing in the scene, Robbie continues to hone his craft with a humble and quiet determination. You can tell by the perpetual smile planted across his face – he’s just a guy that loves to play music. It’s as simple as that. Facebook: facebook.com/robbielowemusic Web: djrobbielowe.com