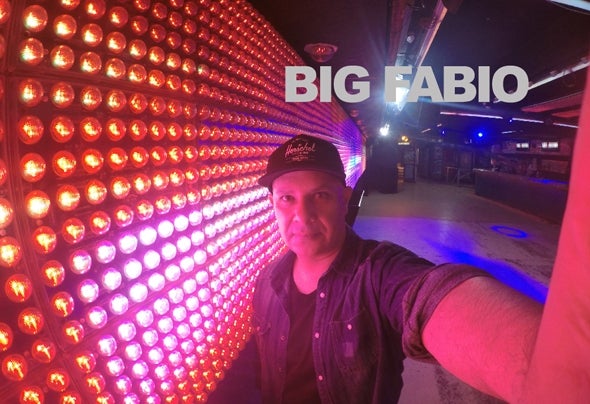 Determined to show the best of house in South America, BIG FABIO made his first steps in the DJ profession in the cabin of the "Guess Dance Tour" in Punta del Este, Uruguay. Later, when he began working as producer of the most important radio stations in Buenos Aires, Argentina, BIG FABIO started his peregrination through the cabins of several Argentine clubs. He became a permanent member of crew of resident DJs of Pacha Buenos Aires, one of the most distinguished clubs in the South American scene. He was part of the musical development of the most important radio stations in Argentina specialized in electronic music. Also he played in all the editions of Creamfields Buenos Aires (Argentina) and Creamfields Punta del Este (Uruguay). FABIO has also played in festivals and in the most important clubs of the region with DJs of international renown. Nowadays, Fabio works in music production and in his own radioshow called NJOY MUSIK. Meanwhile his is on tour in important clubs and festivals in the South American scene.