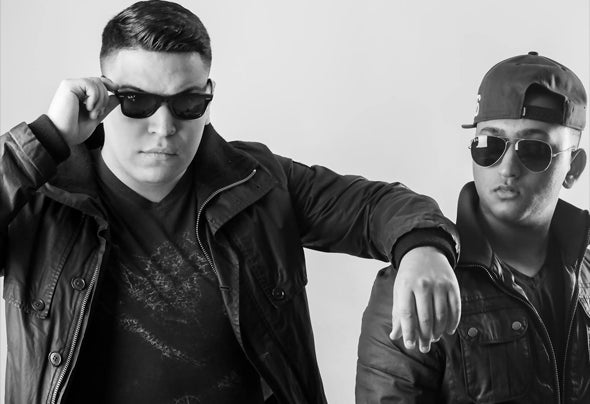 In early 2011 two artist [David & Jordan] joined together in creating the alias "Phunk Kings". David with a background in Tribal & Tech House, and Jordan with a background in Progressive & Minimal House, the fusion of sounds was like no other. Initially the focus was to create different tracks, not just one style but all styles. For about a year of Bootlegs, Remix's, Mashups, & Originals the goal was to find out what their sound was. Testing different methods, trying different collaborations, as the year of 2012 came to close, Phunk Kings had made quite a stir, having already been supported by the likes of Laidback Luke, T homas Gold, & even Roger Sanchez. It didn’t take long for the duo to realize they need to reinvent them selves, not just a new alias but a new brand. After a month or so in brainstorming, they stumbled upon some rare analog gear that was quite outdated.Almost 20 to 30 pieces of hardware lying around the studio, primarily due to the fact that Jordan's dad had once been a DJ/Producer himself.Although the gear was junk and unusable, it still made sense to have it around the studio for inspiration. Furthermore, having produced, remixed, & mashed up everything digitally and idea clicked.And so DIGITALJUNKIEZ was born.Kick starting the new alias on January 1st of 2013 the duo knew what they wanted to achieve, and they were keen on accomplishing their goals. This time the focus had been Quality not Quantity. After Months in the studio, countless Bootlegs, Mashup's, & Edit's the level was raising. As the fall had come the fun had started. Early September of 2013 the duo signed a new Single "Let's Go' with PEAK HOUR MUSIC. As the focus was Quality not Quantity, the Duo's first ever original release had been supported by the likes of Matisse & Sadko, Axwell, Ferry Corsten, Nari & Milani, and many more. Following up to that they debuted a brand new collaboration with Pacific based DJ/Producer Jason Ross on Mr. JoeySuki's imprint DUBBED RECORDS, which managed to get the support of legends such as Eddie Halliwell him self.But they didn’t stop there, to close of the year they had a couple records they wanted to give out for free, as a token for the amazing support they have gotten this past year. On the 25th of December they release a Free Remix to One Republic - If I lose Myself, which got picked up by Kryder, as well as a timeless remix to The Temper Traps - Sweet Disposition which has been supported by non other thenT homas Gold. It was not long after all there early accomplishments in the new year that the talents had charted in the Beatport Charts. There record ‘DRUMFIRE’ released with [Manufactured Music] ranked at 48 in the Beatport Charts, catching the attention of many Elite DJ’s including DJ Sandro Silva. This is just the beginning of a very long and rewarding career for these two amazing talents !There are new kids on the block, and they are here to stay.  Artist Bio