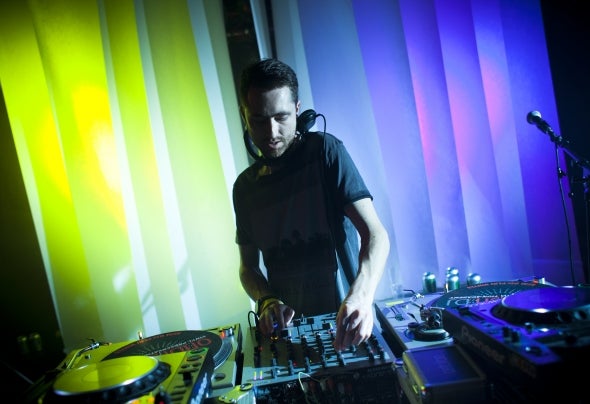 A name that continues to gain attention across the international electronic music circuit is dj and producer jozif. The born and bred London artist hasworked his way to what is now undisputed success with typical (to those that know him) ‘jozif swagger’; passionate, determined and wildly talent driven.Charming the pants off both the dance floor with his dj sets and the record industry via his productions; jozif’s infectious presence and low slung groovescontinue to define him as a stand out artist.Breaking through with stellar force in 2010 with releases on Wolf + Lamb, Vitalik and an RA podcast mixed entirely of his own productions and edits;mass support from industry and public alike paved the way for the launch of jozif’s limited edition label Fist or Finger alongside Craig Richards. Featuringjozif's dance floor A-side’s and Craig's experimental reinterpretations on the flip, their debut release 'Beats In Space' was an instant sell out, their second‘Brick Jane’ following suit and 2012’s ‘Room 3’ is set to do the same. Cementing things in 2011 with the ‘Sunrise’ EP on InFiné followed by a slewof remixes and re-works for the likes of Compost, Mobilee and Suol, Shonky, Rui Da Silva and Til von Sein; jozif has undoubtedly secured himself as an in demand and talented remixer. Tying up 2011 with ‘Twilight’ alongside Roc- AFellasigned r&b and soul singer/songwriter Terri Walker on More Music; jozif once again emphasized his musical diversity.That diversity is catalyst to continued recognition and support from the likes of Damian Lazarus, Steve Lawler, Andrew Weatherall, Art Department andDroog, all of whom have all fallen hook line and sinker for jozif’s quirky and impossible to pigeon hole beats. Sculpting a soundtrack that weaves throughloose and lazy drum patterns, wiggly b-lines and dramatic strings, jozif’s productions are tinged with slo-mo ambience and a rolling undercurrent of funk that not only resonates with our musical heart strings, but evokes thedirtiest bump and grit of a twisted 6am dance floor.2012 and jozif’s upcoming ‘Standard Rising’ EP on Culprit follows ‘The Lady B EP’; noted for its sonically rich palette and supported by many including Radio1’s Pete Tong. With a Crosstown Rebels release set to drop imminently and his debut mix CD to come before the end of the year; it’s safe to say the jozifshow has only just begun. Not only towing the underground line with regular appearances at London’s fabric, Paris’s Rex and Berlin’s Watergate; butrecognition from those that fall into pioneering category has come thick and fast. His ever present relationship with fabric and its resident and musical director Craig Richards soars whilst his 2012 residency at John Digweed’s Bedrock has seen the pair share in its renewed success. With jozif embarking on his second season as We Love...Space Terrace resident this summer, he strikes a rare and confident balance between classic principles and the enigmatic sounds of tomorrow.