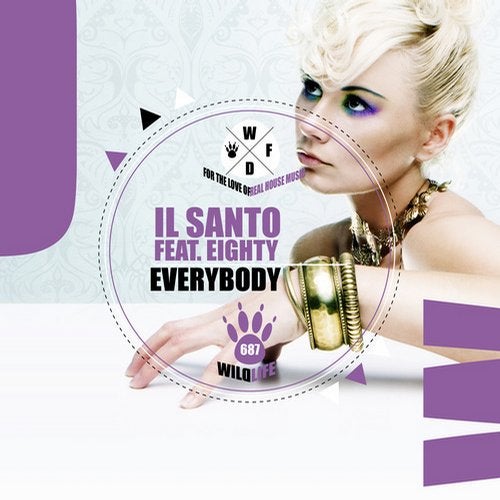 For eEverybody Italian producer Il Santo teams up with Eigthy, creating a classic house track with a vibe thatll take you right to the sunny island of Ibiza. Now out on the Wildlife imprint, including a remix by Dutch DJ Jess-E, a regular on the label. His remix also carries the classic house feel of the original, but has a more deep house sound to it.

Il Santo is a composer, record producer and sound designer from the beautiful city of Rome, Italy. With his band DauniaOrchestra, one of the most well known bands In Italy that mixes jazz with world music, he has been performing on several international jazz festivals. Thanks to various encounters with DJs and artists his interest in dance and electronic music was sparked meaning he sometimes makes a detour outside jazz. He previously released music on ChinChin Records, Big Mamas House and Black Hole Recordings.