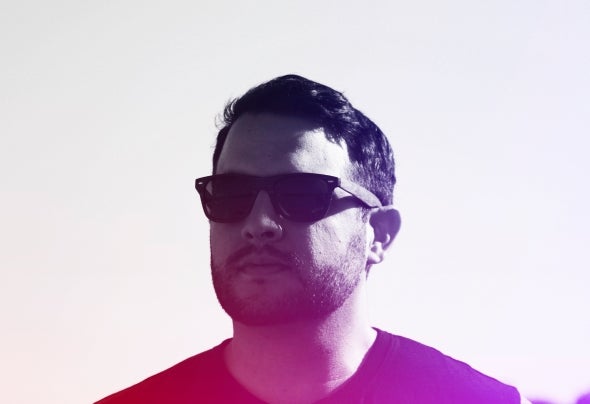 Born and raised in California, DJ/producer Zachary Zamarripa has called San Diego home for the last decade but recently transplanted to the Bay Area. He first came onto the scene in 2008 when he teamed up with Gabriel Lukosz, of Basic Perspective to produce a remix for Alter Ego Records. Zachary started his DJ career playing at many of the local clubs in San Diego opening for many big name trance acts of that time. Trance was a big part of Zachary's influence when he started out his career with inspiration from Tiesto, and Paul Van Dyk to name a few. During 2008 he produced his first single's "Rose Coloured Glasses" and "Strike a Chord" and remixes on labels such as Baroque Records.Zachary really hit his stride in 2009 where he DJ'ed places like the Lizard Lounge in Dallas, to many clubs in Miami during WMC opening for acts Gareth Emery, Cosmic Gate, Andy Moor and many others. During this time his origins in trance started to develop into more of a progressive and house vibe. As his sound matured as did his reputation as he started to make a name for himself in the scene. Zachary's first break was in early 2010 when his song "Tempting Faith" was featured on Markus Schulz January Top 15. The song launched his career and he was soon featured on two major compilation CD's. He partnered up again with Gabriel Lukosz to produce "Gone Astray" which was featured on Christopher Lawrence's "Rush Hour" compilation CD and soon after his next single "Calling" (which also featured himself on the vocals) was featured on Andy Duguid's compilation CD Miracle Moments on Songbird Recordings. Soon after Zachary's producing talents gained him his first EP on Black Hole Recordings that featured songs Sassafras and Lies in Wait. Sassafras began to show Zachary's newer sound which was more geared toward clubs and was supported by many artists including Sander Van Doorn who showed huge support on his radio show Identity and in the clubs. From that point on into 2011, Zachary's career has truly started to blossom. Markus Schulz chose his remix of Ivan Vorontsov's "She's Voice Inside" once again for his Top 15 in March and featured the remix on his Beatport chart. Zachary also remixed Andy Duguid's single "Miracle Moments" which was featured on Black Holes's compilation CD "Forevermore". 2011 was an outstanding year for Zachary where he has released many singles and remixes for the likes of Israelis house veterans The Flash Brothers. Recently Zachary teamed up with Elles De Graaf (the vocalist on the trance classic "The Sound of Goodbye" by Perpetuous Dreamer which was Elles and Armin Van Buuren) to remake the Sarah Mclachlan song "Fallen" which was featured as a "Beatport Must Hear Trance" tune. With his drive and passion for music, Zachary Zamarripa will definitely continue to make a name for himself in electronic dance music.