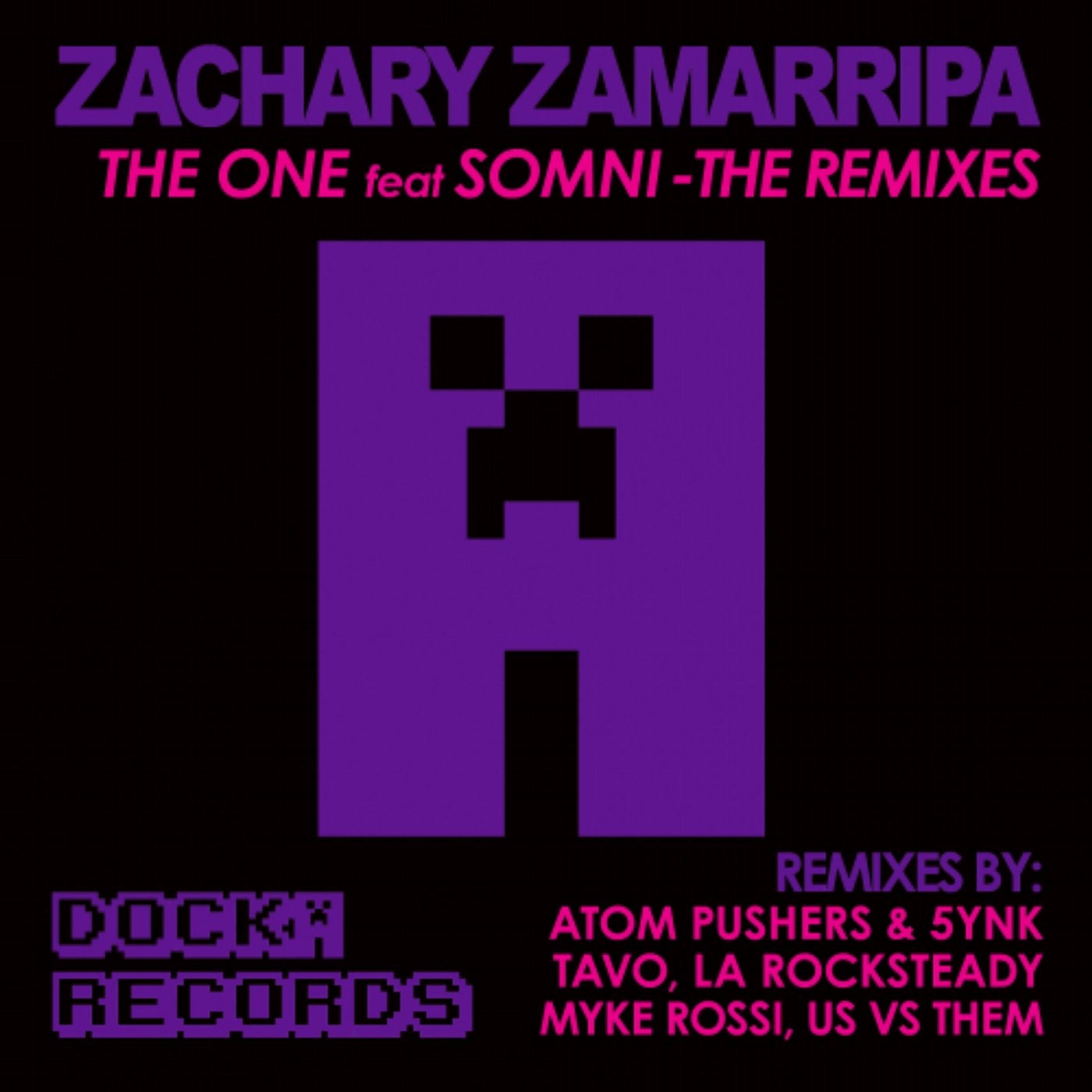 A stellar lineup has come together for this all-remixes EP to rework Zachary Zamarripa's dance hit of 2017, "The One" featuring Somni. The original release hit the Billboard charts (#1 Break out & #29 on the Top 50 Dance) after spending 2 weeks on various Top 100 Beatport genre charts.

The Atom Pushers & 5YNK kick off with a high energy, future house driven vocal cut embodying the house feel of the original with a twist. TAVO's down under mix takes off with a rhythmic groove and steady bass line that breaks to the vocal sample – led to a surprising drum that booms you into the drop. LA ROCKSTEADY's remix comes from Australia with a hard electro vibe that rings Justice all over.

The big drums and heavy claps keep the party moving with Myke Rossi's synthed out remake. Big strings and a catchy melody at the drop by Myke Rossi delivers for the big room feels. Us Vs Them gets moves in with a deep house rendition and some fancy drum work that will get your two step moves rockin, with plenty of variety in the arrangement and elaborate sound design.

"The One" continues the developing story to Docka's experience on Earth, provided by Los Angeles based television and feature film writer, Russ Taylor. For the story, head over to www.DockaRecords.com on the day of the release or contact us directly for a sneak peak!

The One (feat. Somni)