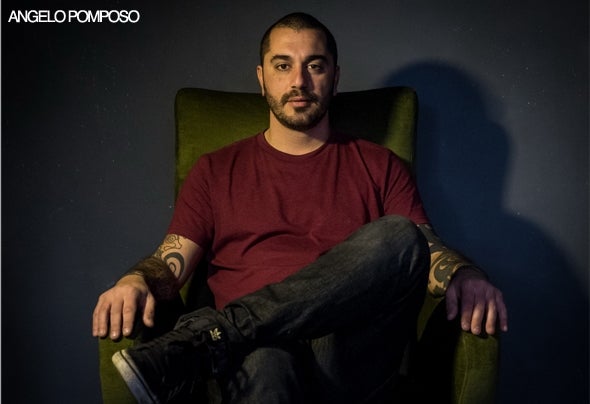 Born in Naples in 1977 ..After finish the studies he moved to London where he remained for 5 years.. In UK begins collecting vinyl records to electronic music and techno,bought his first consolle and then starts his passion for djing ..After a period of practice and experience in the underground clubs of London organizes a series of party under the name “Primitive Beat.” After the London experience Angelo returned to Naples and organizing his home studio which will give life to his productions. No accident that the first label is called “Primitive Beat”, independent record label founded in 2004 which sees great releases Techno/Detroit as the “Achille ep” and “Experience ep” with good response in Europe.In 2007,Angelo Pomposo creates a new label called FreshFoodMusic. His background greatly influences the productions ranging from Detroit Techno to a more modern Tech-House and Minimal sounds.The inspiration for the label comes from the actual characteristics of Fresh Food, this and ‘also the target for future productions although FreshFood is’ always open to new ideas and sounds, in fact all the productions so far have received excellent feedback and saw remixes of artists such as:Stewart Walker, Dave Tarrida, Akira Ishihara. In addition to a series of productions on the label FreshFoodMusic Angelo produced with other labels as Hypnotic Frames, Animal Muziq Rec, Leading Astray,Happy Days,Soho Beat,Shufflemood and Dragmusic. He propose a new sound and overwhelming as usual in his style!He is always working to find new sounds in the studio and working on sound quality which is very important for Angelo!!Because his studio is made of real analog synthesizers and good monitors!!!