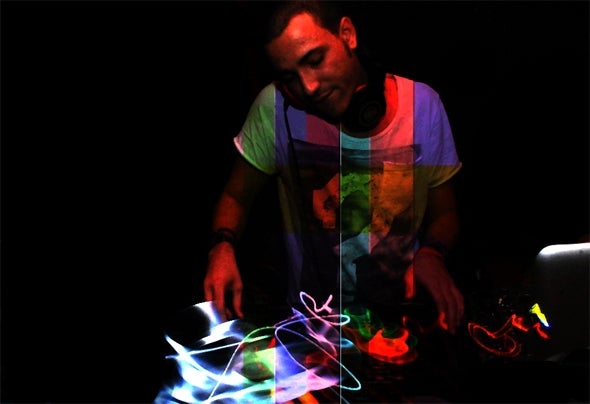 Anton Marshall He was born a provincial town of Sicily (Messina), April 1986's. As a child, he begins the musical career, his best passion. At ten years old, he gets in for the first time in a music shop, he suddenly understands that its his "home": he buys a mixer, a record player and a cassette deck. So, he begins to practise. In the beginning of 90's, dance music was so popular in every clubs and at the radio station: he's going undertow in love with techno music of Detroit and Berlin, until one day, in a club, he listens a real dj set, Ralf, for the first time. That meeting will change his musical life and not only. The situation of music changes, the sound becomes more electronic, almost deep, with lirical peaces and hypnotic sounds, tough keeping a cassette and a SPINTA. In summer 2005's he works like resident in the best club of the provincial town, Fluid (Milazzo), where he plays his dj set comparing his talent with other artists. That day he begins his career like dj playing for the sicilian movida. He has the possibility to collaborate with many artists, especially Joe T Vannelli at Paradise Club, beautiful place of Capo Milazzo. But it was been a singular club to sign the career of our dj, Coconut club of Capo d'Orlando. He always remembers that place with joy. His dj set are appreciate from Sicily to Piemonte, passing throug Rome where he collaborates with the best art director of the country. He begins a musical project, called "PARADIGMA", with his best friend dj and producer Giuseppe Rizzuto. Anton Marshall finds out his real vocation, "Music", that it becomes like a life blood over the years, the only source of inspiration, Life! Today his music is elegant, cubby. The sound becomes a mix between techno and deep, so rich of groove and lirical pieces.