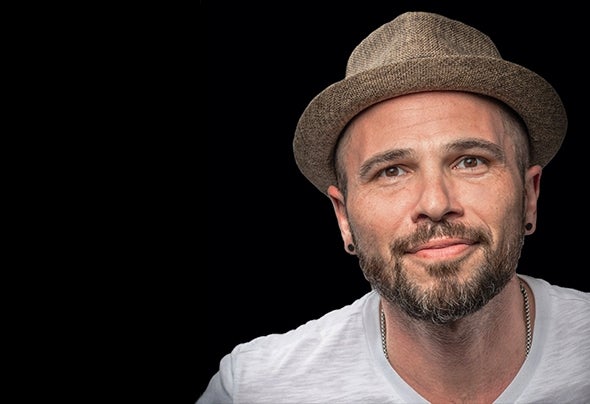 LEYVA (Bryan Miraben) is a New Jersey born, Miami-based, House Music DJ and producer. He jumped on the Miami House Music scene in April of 2014 after stepping away from music for more than a decade. In a very short period of time, Leyva grabbed the bull by the horns with his talent and crazy passion for music. His constant hustle and genuine longing for success has led him to play at clubs and mingle with industry icons that most DJs, new to the scene, can only dream of.In his young career, LEYVA has truly established himself as a rising star. His determination, humility, positive attitude, and perseverance has amounted to three long-held residencies, several showcases on Miami’s only dance music radio station, REVOLUTION 93.5, his own Internet based live-stream show, multiple gigs for the past four Miami Music Conferences. Just last year, he made his debut at the world renowned BPM Festival in Playa Del Carmen, Mexico. Most of Miami’s dance music clubs have heard him play. He’s honored and humbled to have shared the stage with many of the industry icons that inspired him to chase his dream; artists like Chus & Ceballos, Oscar G, Stefano Noferini, Billy Kenny, Sage Armstrong, Wood Holly, Patrick M, ALX, David Tort, Robbie Rivera, Lazaro Casanova, Coco Drills, Lu Pon, Hugo Bianco, Archila, Sacha Robotti, Carabetta & Doons, Markem and Cazzette.The future seems bright for Leyva. Entrenched in the scene, he now finds himself in the studio for hours on end, making music of his own. As a member of Dark Shades Records, he’s preparing to release his first two tracks on the label before year’s end. He also has an official remix of DSided’s Hypnotized being released on Rambunktious Records this year as well. With another project in the works for release on Espacio Records, early 2018, it seems that his goal of becoming a household name isn’t far from his reach.