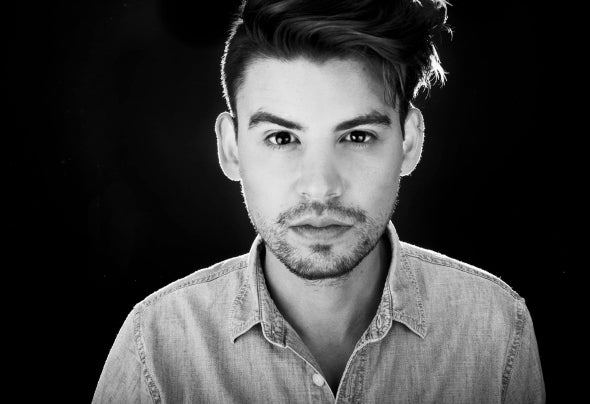 Born in Santiago, Chile in 1990, Diego Hernandez discovered the world of electronic music at the age of 15. Better known as Kled Baken, he started his musical approach of his own sound at the age of 18. Kled Baken is the definition of Tech House music and underground beats, influenced by a cultural background from his hometown. Based on unique groove and analog sounds, his shows are based on minimalist themes that adds his special touch into his sets. He obtained a residency at Club La Feria in 2016 that lasted for 2 years, making his own party called "Identity" playing with artists like Joey Daniels, Kenny Larkin, and many local artist. He continue playing all around Chile, in cities Concepcion, La Serena, Antofagasta, Viña Del Mar, Pucon, Valparaiso, among other venues. Same year in 2016, Kled Baken was ranked number 4 of the top 100 in Beatport Minimal/Deep Tech with his "Track I" ,released by Cachai label, then staying for 5-6 months in the Top 10. The following year he firmly started by being ranked number 1 on Beatport with Cordillera (Bla Bla), then he had several big releases on the labels Cyclic, Bla Bla, Cachai, Noexcuse, New Violence and many other labels. During 2018, travelled to Europe, performing his first tour and playing in Geneva, Barcelona, London, Ibiza, Netherlands, and more places. Some citiies in clubs like City Hall, Egg London, La Macarena, and more were witness of his talent. The music speaks by itself, minimal and house sounds playing around with some tech house grooves and a lot of organic elements. Kled always tcreate a particular atmosphere. His style is constantly evolving, trying to include hip hop vocals and hypnotic tunes.