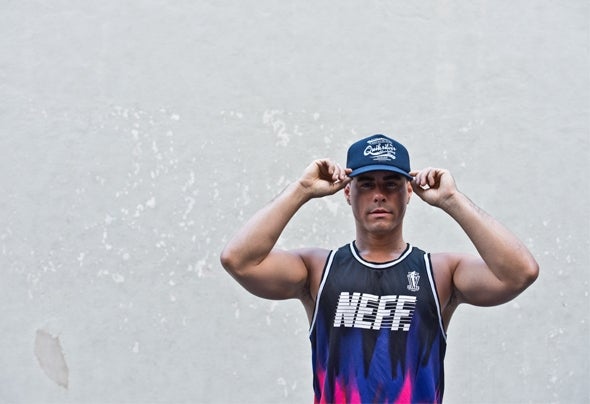 Born and raised in NYC, Eddie Martinez’s passion to make his listeners dance, no matter where they are, drives his determination to be one of the top DJ/Producers around. Eddie’s eclectic style has allowed him to capture larger audiences everywhere he spins., being able to read the crowd and maintain their attention throughout their experience. His breakthrough into the DJ world began in the Fire Island Pines, as a resident DJ at the Low Tea, High Tea parties and at the famous Pavilion nightclub. He has then since spun at various local NYC night clubs, bars and lounges including; Vlada, HK Lounge, The Monster, The Web, The Highline Ballroom, Santos Party House, Club Rebel, Club Providence, District 36, Splash, XL, Pacha, VIVA, and The Roseland Ballroom Eddie’s success so far has paved the way to become a resident at Peter Rauhofer's hottest party in NYC WORK! spinning alongside Peter Rauhofer. as well as sharing the decks with heavy hitters such as (DJ Abel, DJ Paulo & Offer Nissim) From spinning such major events such as To playing at such major parties across the globe from WORK!, WE PARTY, PAPA PARTY, SUPERMARXTE REVOLUTION PARTY BRAZIL, VIVA NYC, SANCTUARY, WINTER PARTY, GAY DAYS ORLANDO, BAY OF PIGS (Folsom Street Events),REVOLUTION (Chicago), SAND BLAST. to spinning all around the US (NYC, Miami, LA, San Francisco, Chicago, Atlanta,Denver, San Diego, Boston, North Carolina) to Canada (Vancouver,Toronto,Montreal) to Internationally in Brazil (Rio De Janeiro) Mexico City and Colombia (Bogota). Eddie delivers a driving progressive tribal house sound that makes you have to dance. In 2012 Eddie was named the #1 DJ you should know about by OUT Magazine. He has been featured in EDGE Magazine, Next Magazine, One Way Magazine & Man About World Magazine. Eddie currently has a few residencies around the US such as NYC's Hottest party "VIVA" and is constantly working on his music, including his podcasts “House Sessions” series that have been featured in the top ranks on Podomatic and iTunes. He also has been busy working on remixes & original productions that are often featured on his indie label Stimulus Recordings.