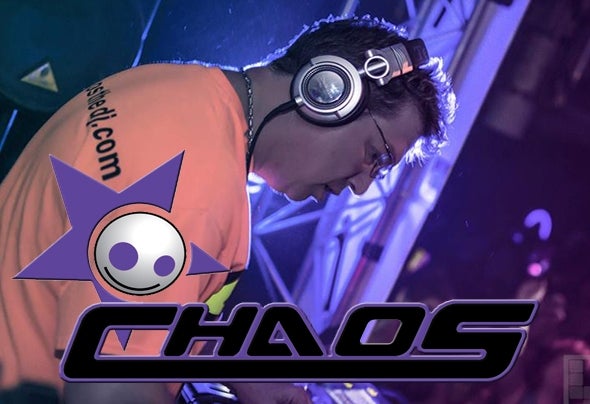 The year is 2099, and the war against the machines has been raging for the past 50 years. Humanity is on the brink of extinction! However, there is a glimmer of hope on the horizon... CHAOS! Half Man... Half Machine... He is here to take back what they have stolen from us – EDM! Armed with an arsenal of weapons of bass destruction, he is here to do battle with the machines and SAVE THE WORLD of EDM! CHAOS is a top tier DJ / Producer / Remix Artist who is rocking dancefloors all over the world. He flawlessly combines elements of many genres to take the crowd on a musical journey. During any set from CHAOS, you might hear some Electro, Trance, Dubstep, House and Breaks along with some old school turntablism! He is definitely a crowd favorite, who puts on a stellar performance every time he steps in front of a crowd. With numerous Beatport Top 100 charting releases in 2013, he has set his sights on even bigger and better things this year! CHAOS has many great original releases and remixes on quite a few different labels, not to mention his own sky rocketing label – Treehouse Tribe Records. He is also doing lots of Top Secret remix work, and a few collaborations with some very big names that will be dropping soon.CHAOS has been DJing since he was 14 years old, originally starting out as Hip Hop DJ / Rapper named KIDD FRESH. He had much success after leaving Texas to move to Los Angeles, such as going on tour with Rob Bass & Easy Rock, as well as appearing on NBC alongside Kid-n- Play & Young MC. However, all that changed when he was introduced to the LA Rave scene many years ago. Seeing all the amazing energy and creativity of the rave scene, got him hooked on the PLUR vibe and the enigma that is Electronic Dance Music. Thus he hung up his microphone to became a rave & club DJ, and the rest is history in the making. Expect some great things from this awesome artist, he certainly lives up to his name – CHAOS!