Son Of A Beat 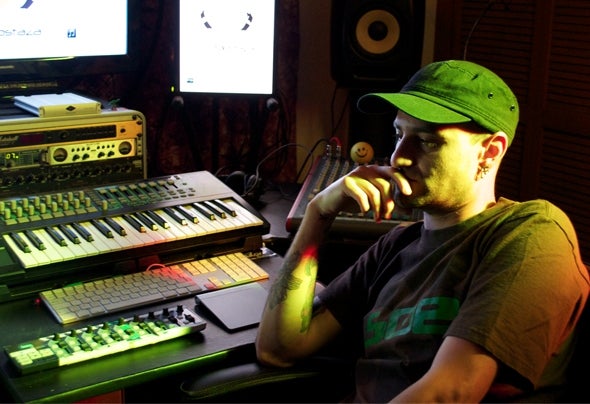 Jose A. Muñoz (also known as Ojos ) started in the music world at his 14 years old, getting first into the world of Rock and later expanding his horizons to different generes and styles traveling to Europe in 1999, having numerous appearances with his first Trance project named UnosFonks with Rodrigo Virrueta. In 2001 he returns to his country to start (next to Caballero) Trancemission project, under this name they revolutionize the Trance music not only in Mexico but in the world.Ojos is a restless artist, which constantly seeks musical canvases which capture and convey their feelings, rhythms and melodies. Hence also arises the project named Ojos, with a progressive sound without leaving behind their psychedelic influences with which he is preparing new material for the 2012 and later SON OF A BEAT. In the latter, he flows through cadences "LOW BEAT", from tech house to techno, with dub-tinged progressive, wich seduce and stimulate any "DANCEFLOOR".His work on this project has been printed in many labels, EPs, compilations, etc.. But his main work is captured on his debut album COTTON MOUTH on the Mexican label Sounds of Earth. Quickly is a hit across the world and immediately the disc appears in the top of sales in different stores and distribution portals onlineSON OF A BEAT is synonymous of authenticity, dedication and emotion, 3 elements that many artists strive for, but he shares it in each of his tracks and unparalleled live performances. Undoubtedly this is only the beginning of an artist who will leave his mark on the dance floor.Along of his career he has performed in different countries of the world, such as Full Moon (Germany), Spirit Base (Austria), Open air parties in different cities of Brazil, at the well known festival Universo Paralelo, and in one of the most important clubs in São Paulo, CLUB A.,He also performed at the most representative festival of Australia, MAITREYA FEST, having great success with his music.

Son Of A Beat