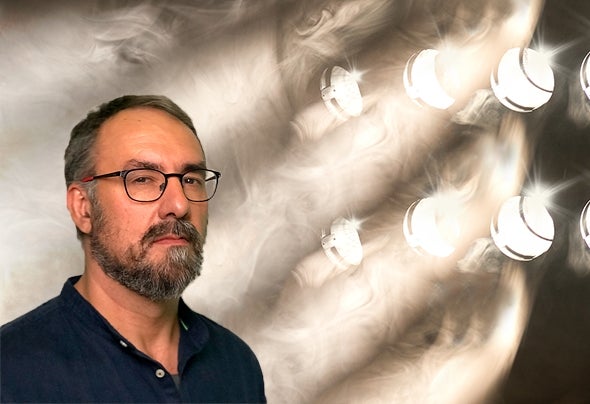 Born in Barcelona and resident in Puigcerdà Girona. Professional DJ since 1987 and one of the Djs. most influential of Cedanya in the 90s and 2000s. Keyboard player and producer since 1997, he began his solo career as an independent musician in late July 2008 with his first album ELECTRO 035, which won first place in the Home category. in the Top 10 @ Broadjam and was one of the songs with the most licenses sold on Jamendo. In June 2010, the documentary series "The Specials" won the Webby for Best Documentary Series with two songs by Fideldeejay on the soundtrack. Wednesday, November 23, 2011, special mention to Fideldeejay where one of his songs was Nominated for Best Mix In: Creative Meeting KORG 3.0. In February '12 "One More Time", it came in at number 20 on the JUNO Downloads sales list.  Record labels: Panmusic club records, Portico Music / SUGO Music Group, Ibiza Dance Music, Panmusic, Meritage Music, Studio 634, Level Out Music, Oshal Audio.