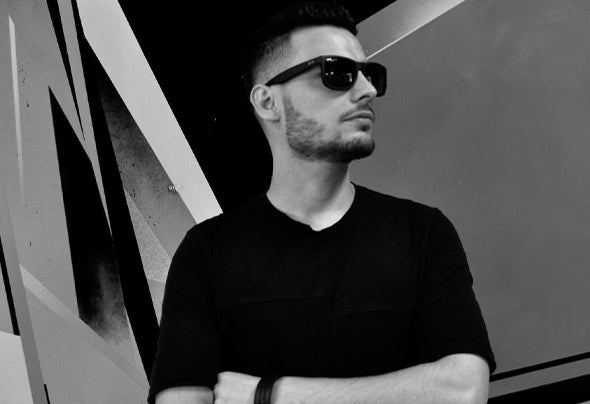 Onofrio Brescia’s moniker; On-Off is a name that over a short space of time has continually amassed substantial amounts of credibility covering a number of House and Techno music derivatives. Onofrio has frequented line ups the length and breadth of the UK, building an impressive CV of conducting crowds at much-loved venues breaching both the club and festival circuit. His reputation continues to grow and this is ever-more evident with his impressive residency with the London’s based, Italian collective, We Are Family, where he is a mainstay on their hugely impressive talent roster. On 2019 he became the main dj for the new underground Fabric’s based project Rave Rabbit, followed by several gigs in the most profiling venues of the UK’capital. The continuation of On-Off’s exposure is only aided by his high-quality productions and electric live set performances. Releases on the much revered Playgroove imprint and a host of other track signings have followed as has his debut at London’s home of House music; Fabric. On-Off is an incredibly talented and forward thinking DJ/Producer, residing in the Uk’s capital city, plying his trade of which he crafted in the South of Italy where the underground music scene is widely supported and recognised. The rave culture thrives in his hometown, as the offering of musically educated crowds, famed venues and much-revered movements gave Onofrio the ideal platform to showcase his sounds and develop his crowd orchestration skills. Music became his addiction, and by combining his creative air with sublime mixing technicalities, On-Off has been able to develop a unique sound that remains true to his musical roots. Subtle Techno nuances can be heard throughout his sets that are fused together by the deep and minimal House sub-genres giving him a distinctive trademark. The studious Onofrio is ever developing his chosen art form and genres, pushing the boundaries of what can be achieved based on a foundation of a relentless work ethic.