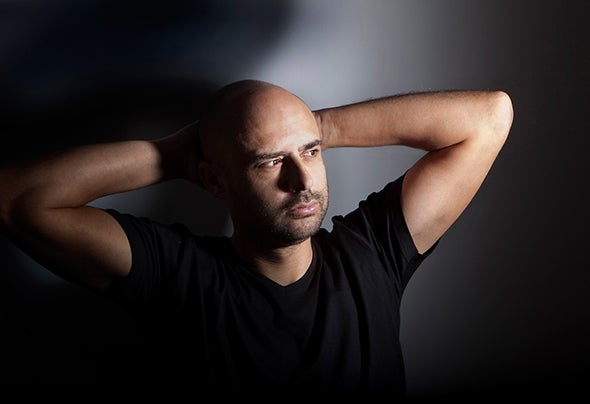 Peter M.Diaz , Soria 1977 , began his musical career in the late 90s in Andalucia , in the moving and house.Mas breackbeat later moved to Madrid where his residence is influenced by techno music of the most representative DJs at the time of the Christian Wunch Spanish capital , Oscar Mulero , Pelacha , besides London and American sounds in their houses house.Tras sets several years visiting many venues and clubs by the Spanish geography in 2008 makes contact with various producers starting from here a new stage as a producer. in this same year with the project VisionProyect23 comineza Kr- omatik which yields its fruit in 2009 with his first EP on sale " MOTIVE " in Nopresets records.A stamp from a career with AC here productions of pure Kr- omatik tech & minimal style recognized his work by the producctor and dj Richiew Hawtin, with the selection of his song " Overdrive" in the top 50 best tracks of the month (October 2009) and yours alone, so in 2010 goes on sale "LAMP" Stick & Stones to seal with a clear tendency tech house and tech .After several years of house and tech house productions by the seal Isla Bonita, Solardish , Rebeeat , etc. in June 2012 arrives one of the most important points of his career with the production by Jose Sousa and Mr Maphdel track " Each time you say now" which goes on sale with the label Pacha Recordings Ibiza in its triple cd Pacha Summer 2012 and Pacha Vip collection vol.6 repeating with Pacha Recordings in the summer of 2013 with the reissue and ticket sales alone EP " Each time you say now" besides being also included in the compilation Pacha summer 2013 , at the end of this year made contact with Carlos Alvarez , Chilean producer and dj with this track relaizando Diversons a more deep house and tech house style being example songs like " Mamita Linda ", " Moonlight" , " People" . Actuamente is is focus ed on his project with Carlos Alvarez and the character more underground productions .