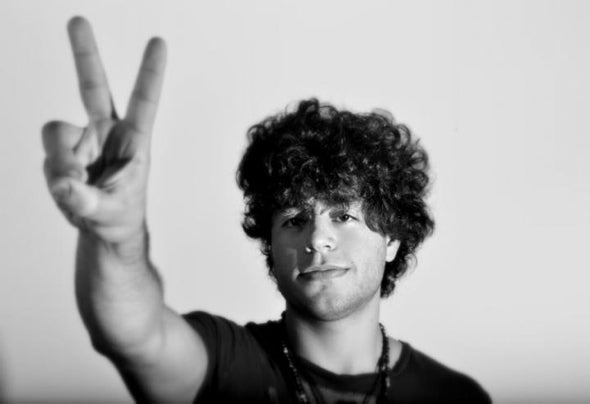 Place of origin, Valencia, Venezuela, Gorc is considered one of the best house talent’s in his country. With performances in the best clubs around the country ‘s biggest cities, his music is very well appreciated. Born October 21st, 1989, Gerardo Orence started his musical career when he was only 8 years old. Always being attracted to his father playing guitar at home, he decided to learn too. Beginning with sounds of Blink 182, Green Day, Oasis, Guns N Roses, and more, Gerardo has developed a very broad musical ear, keeping classical and british indie rock as his favorites. Until now, he has mastered the guitar, bass, and drums, playing these instruments (mainly guitar) for more than twelve years now. His DJ career started at the age of 16 and has been a very successful and growing one. Setting his eyes on South Florida’s music city, Miami, he was able to establish a reputation quickly and have performances y various clubs around t own. Quickly unit ing wit h t he cit y big guys Mark M, Dennis Demens, & Patrick M, Various successful releases have been made. In 2009, Two days after obtaining Logic Pro & Ableton, he made his first track “Masseratti 2lts- World Hippie Chick Girl Track II (Gorc Deephouse Remix), achieving over 1500 plays on soundcloud in just a few weeks. Non-stop production with the software helped him achieve his most succesful Current releases with Monique Musique on 2011, “La Venezolana (Gonzalez & Gonzalo Wild T rumpet Remix)” became a very popular t opic in Europe; played by big figures such as Yousef, Loco Dice, Marco Carola, and Victor Calderone amongst others. His most popular release, “Dj’s Aren’t Terrorists” on Stereo Productions alongside Patrick M & Dennis Demens, has become another successful and popular t heme t o t he public. Gorc joined a remix contest for Venezuela’s biggest rock band “Viniloversus” in 2011, along with other Venezuelan talents were his remix along with 2 others were the winning ones (released by the bands label Altamira Artists). This remix has achieved a succesful 2000+ plays and hundreds of downloads in a non-advertised campaign. Changing his mood onto a deeper channel, Gorc along wit h his product ion buddies were able t o produce a very smooth EP for Push Push Music that had a very nice impact around the underground areas of Miami such as the Electric Pickle and other clubs in the area. Specially the EP’s track “Manson’s Theory”, which caught the attention of figures such as Leo Fernandez, Sergio Munoz, and Steve Lawler amongst others. Gorc’s sound has become popular very quick and now has moved on ont o Europe t o develop a wider career in the area, making sure he will make the crowd have non-stop house music for the rest of their lives....till his last day!