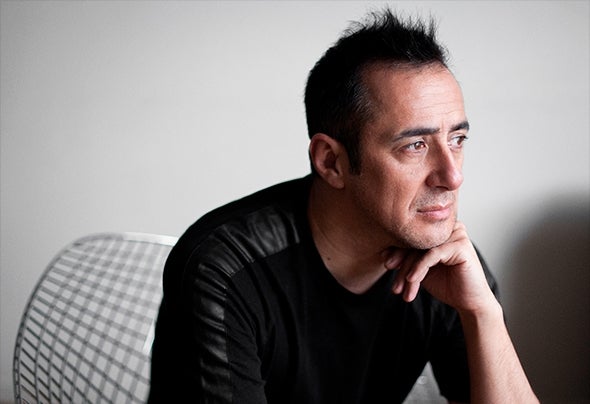 In the early eighties he used to record his tapes while tuning the radio searching for music and, then, he would play them every time he had the chance to find himself near a sound system. In that desire, he begins to work as an assistant for a local audio service company, becoming familiar with recording gear and sound effects, thus creating what would become his first mixes while he would set up speakers and lights in the events. It wouldn’t take him long to be introduced to a DJ from a club in his hometown where he would soon obtain residency, learning the art of vinyl mixing and creating a connection of rhythms that captivated the dance floor. His style was being influenced by the music with synthesizers and rhythm boxes, playing pop music remixes with sounds from the underground and under the influence of Hi energy, Italo disco, and the onset of House, which would become the basis of current day electronic dance music. For the late eighties, Tweeter looks for a job as a DJ at a radio station, to center around the new sounds that were developing in music, and to learn all about recording studios. He toggled periods in clubs and returned to radio often. After three seasons doing a show with his mixes, he comes back to the scene as a resident at a new club, bringing together all the elements of pop, acid jazz and electronica there. It was the second half of the nineties and, at the beginning, the audiences received his avant-garde with indifference since in they were used to the hits and it was difficult for them to assimilate those new sounds. Nevertheless, Tweeter was able to create the necessary combination to pass on to people the rhythms that were fashionable on the world dance floors. During 2001 Tweeter migrates to Santiago to start the project Freakygroove, a Live Act from which some independent records and participations like “Neruda Electronico” and remixes like “Robot” by mexican Telefunka would emerge. His labour as DJ and creator would pay off, winning the Pulse and Heineken Thirst 2004 awards, thus enabling him to open dutch DJ Tiesto’s show, the Nº1 world DJ by then. Back in 2005, his band with DJ Wask travels to Europe for shows in the south of Spain and Barcelona. He then took the chance to spend some days in Ibiza and get to know the clubs of the beautiful island. In the year 2006 he joins forces with Paul Morrison, one of the most prominent names of the electronic music in Chile, to create the Skyfish label though which over a hundred references are published on websites Beatport, Juno, and Traxsource. Their creations mix electronica, techno and house with a distinctive sound. Tweeter has worked with local artists Dinamique, Felipe Valenzuela, Felipe Venegas and Arturo Hevia, among others, as well as international ones like Mexican Sergio Soroa, dutch duo El Mundo & Satori and argentinian-swiss producer Cristián Lange. Tweeter has performed with the most outstanding DJs and world producers in the context of massive festivals and parties like Sensation White, Mysteryland and most Creamfields held in Chile. Labels: Skyfish Lab, 90 Watts, Stick And Stones, Puro Groove, Drummond, K47 Music Génres: Electrónica, Techno and House Aliases: Animale Due, La Mafia del Ritmo, Electrokillers Events: Sensation White, Sun Tour (Kaskade, Above & Beyond, Satoshi Tomiie & 16 Bit Lolitas) Urban Tour, Movifest, Creamfields 2004 – 2018, Sun At The Beach, Danceland, Mysteryland, Pulparty, The Club Room y South America Music Conference. Opening shows: Timo Mass, Tiesto, James Holden, Hernán Cattaneo, Dave Seaman, (S.O.S.), Bob Sinclar, Paul Van Dyk, Christian Smith, Fatboy Slim, David Guetta, James Zabiela, Groove Armada, The Prodigy, Faithless, Infusion, Underworld, Infected Mushroom, Unkle Live, Kaskade, Misstress Barbra, Monika Kruse, Josh Wink among others.