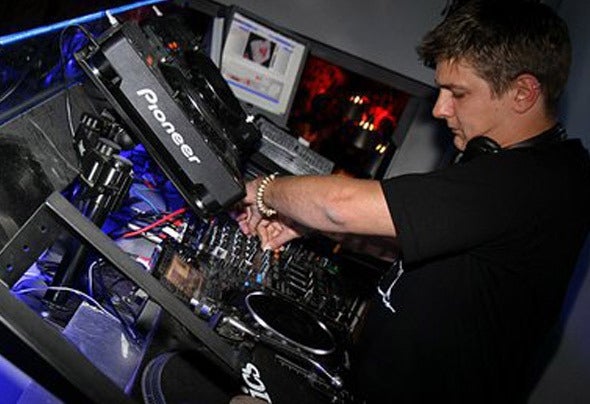 Lunacy Sound Division is the brain child of DJ/Producer Mark Gwinnett. He is also responsible for founding and running the Cubism Records label which was originally set up alongside the legendary producer Tony Thomas at the end of 2007 and has since become a big influence on the tech house scene in the UK and beyond. Cubism Records is now run in partnership between Mark and the critically acclaimed artist, Saytek. He is also resident DJ for the Cubism parties at The Source in Maidstone, UK playing alongside DJs such as Nic Fanciulli, Yousef, Terry Francis, Nathan Coles, Deepgroove, Alex Tepper, Paul Ritch, Dubfire and many others. Mark has used Cubism since it’s inception as a conduit for the music he loves, releasing the best part of his own Lunacy Sound Division production work on the label whilst still putting out other tracks that really work in his DJ sets by artists who inspire him. Saytek and Mark joined forces in 2009 when Mark warmed up for him in a cave in the Kent countryside. The pair began working together soon after. Now Saytek and Mark work in joint partnership on the Cubism label and it is a conduit for both them and also many other underground artists that inspire them. With collaborations between the two UK talents on the horizon things are looking exciting! Lunacy Sound Division music has won the praise of artists such as Richie Hawtin, Nic Fanciulli, Dubfire, Terry Francis, Nathan Coles, Slam, Steve Mac, Tom Budden, Reset Robot, DJ Sneak, Raymundo Rodriguez, Anil Chawla, Junior Gee, Demi, Sam Ball, Rob Cockerton among many others.