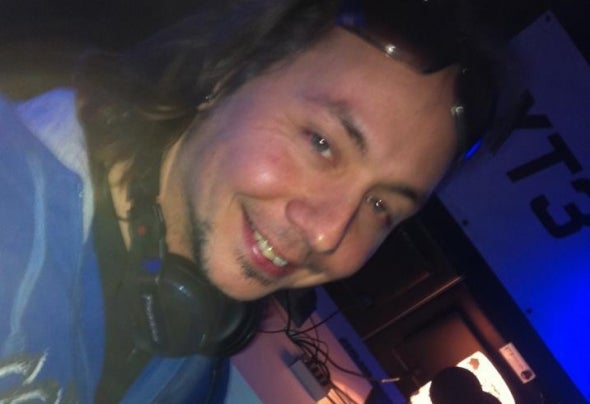 Kyoshi was born within a creative family in Amsterdam. He was attracted to music from a very young age and this was the main reason which led him in buying an Amiga console and start making his first musical steps. His curiosity and love for music urged him to proceed further with his passion resulting in producing his own personal sound later on. In 2004, he organized his first dance party with some friends and the pleasure he had while doing this made him realize that this was the kind of thing he always wanted to do. Motivated by the success of his first party and the general appeal of the music he had produced until that time, there was little doubt in his mind about what his next step would be. Kyoshi was able to build up a well organized network of people acting on the same level as his and made some good friends within the music scene, also outside the borders of holland. In 2010 his music has been discovered by the Berlin based Elektrotribe label and also picked up by the Dutch Audio Autopsy music label. More recently he also has been connected to the new to come Rotterdam based Moments Music label. Anno 2011 he has joined forces with Loco Events and will bring Kyoshi closer to living his dreams. His love for creating music has made him more passionate than ever. www.Locobookings.nl Also check out: www.residentadvisor.net/dj/kyoshi www.audio-autopsy.com www.elektrotribe.com www.moments-music.eu www.cosmocad.com www.infinityfestival.nl