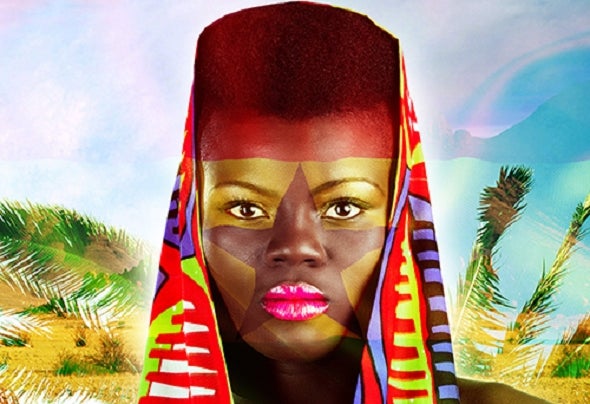 Wiyaala aka ”the young lioness of Africa” is a personification of modern Africa: creative, brave, strong, beautiful. Her name, Wiyaala, literally translates to “the doer” in Sissala, her tribal language in which she sings alongside English, and perfectly describes her approach to life.She is also an artist, designer and natural athlete with a very distinctive androgynous image. At school, Wiyaala would often get called "man-woman" and be the first to lead the boys and girls into the bush for wild animal hunts.In 2011, Wiyaala auditioned for Ghana’s “Stars of the Future” and earned her way into the finals, winning two Golden Moments awards. Her success fired the drive to perform even harder, which led her to enter the Vodafone Icons Mixed Edition music reality show where she took first place with her then group, Black n Peach in 2012.In April 2013, Wiyaala came out as a solo artist and has released two video hit singles, “Make Me Dance” and “Rock My Body”, which were both nominated for awards in the “Best Discovery” and the “Best Reggae/Dancehall” catagories in Ghana’s 4Syte TV Music Video Awards for 2013.In October 2013, Wiyaala secured an international distribution and publishing deal with JTV Digital in Paris following which she was appointed Pepsi Brand Ambassador for Ghana in 2014.December 2013 has seen Wiyaala release EDM “club remixes” of “Make Me Dance” featuring five tracks in nu- disco, disco house, breakbeat, drum & bass and trance genres.In January 2014, her 2014 World Cup anthem “Go Go, Black Stars” for the Ghana National Football team was premiered on national radio to rave reviews. A “roots” album is due out this year as well as a stream of heavy EDM club bangers.