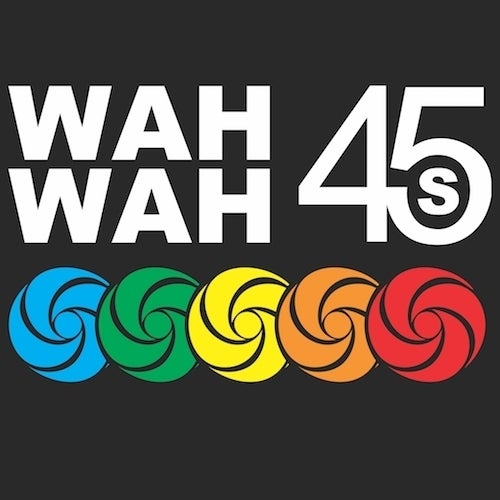 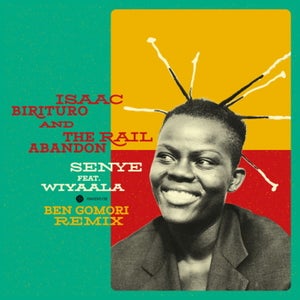 This summer saw the return of the unique collaboration between Ghanain xylophonist Isaac Birituro and British singer-songwriter Sonny Johns and his band of live musicians, AKA The Rail Abandon. Having created something of a buzz back in 2019 with their debut albumKalba- gaining support along the way fromGilles Peterson,Cerys MatthewsandTom Ravenscroftto name but a few - and after something of a hiatus, the combo released their new LP, entitledSmall Small, in July of this year.


Senye, featuring Ghanaian lionessWiyaalaon vocals, was released as a single in its original form earlier this summer. It became something of an underground hit, and had the prestigious honour of being the first song ever to beA-listed on BBC 6Music, with much love from the station's DJs and producers:


"Wah Wah 45s bringing us that heat. I love them as a label." Jamz Supernova (BBC 6Music)
"A bit of new music I'm really digging right now.. It's groovy isn't it!?" Craig Charles (BBC 6Music)
"Love that!" Gemma Cairney (BBC 6Music)
"Perfection... Absolutely loving that." - Annie Mac (BBC 6Music)
"This is brand new from one of my favourite UK indie labels, Wah Wah 45s - brilliant label. I think I mentioned last time I played this that Isaac Birituro & The Rail Abandon was one of the last gigs I went to before lockdown at a little venue by the river in East London... And now they're back with a new track featuring Wiyaala." Deb Grant (BBC 6Music)
"Pure Joy!" Tash LC (BBC 6Music)
Despite its uplifting feel, the meaning of the song (sung in the native language of Birifor) is somewhat darker, albeit ultimately positive and healing. In the typical Birifor culture, when your best friend of the opposite sex loses a partner, it is required of you to be present to provoke them to grieve more. It is believed that the more the widow/widower grieves at the funeral, the more easily they can get over the pain of their loss. So asking them a simple question of the whereabouts of their partner quickly provokes them to grieve more and by that you are assisting them to recover and showing your true friendship in their difficult moment. In short, this song seeks to assist any person grieving a spouse to get over their pain through the help of their friends.
Remix duties on this release come courtesy of London based DJ, producer, podcaster and label owner, Ben Gomori. As well as being the head honcho at Monologues Records, Ben was the man behind the amazing Sterns Afro edits, and as such, was an obvious choice to take on this anthemic slice of Afro fire - something he relished:
"I loved the energy ofSenyeand wanted to distil some of the positive vibe of it into a housey mix that would hopefully put a smile on people's faces. The high tempo and intricate melodies and rhythms of the original didn't all work when slowed down to house tempo, so I decided to focus on a few key elements, giving the guitar an almost synth-like effect and picking the most powerful bits of the vocal to sit alongside a piano house groove." Ben Gomori