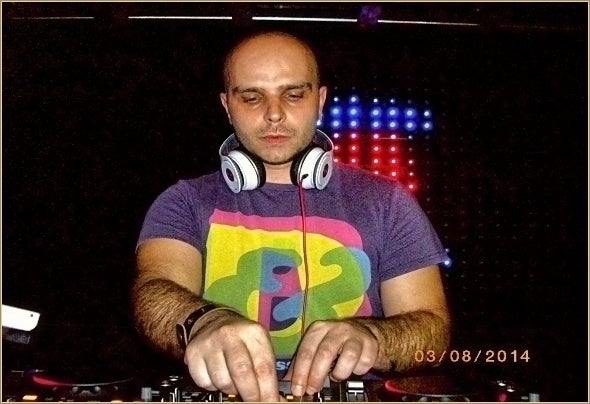 Driven by dark and deep forces of the groove in his mind since late 90's Danny L. owner and ceo Of Secret Jams records decide to dedicate him self to the global electronic music scene!At first exercising with mixing on pure audio tape decks,turntables, then with the first appearence of traktor dj studio back in 2003 he was gaining experience and preparing for what is goin to come! Boosted by his unstoppable energy and passion about house music his first steps in music production he made back in 2008 gainig experience with reason and cubase !Later in 2010 he switch to ableton and start to expand more and more his current knowledge in music production,at the same time was crossing Medditarenian Sea on cruise ship as as resident dj meeting new people every year and expanding his own world trough his eyes and soul.!There came some admirtable event appearences in Italy,and Greece!Fortunetly in 2012 Danny L. headed to Mexico on a tour arranged by a good friend of his from out there.Danny L.appeared playing in various venues in Mexico city such as Sudaka CLub ,Madero Red,to name a few.After coming back in Europe in 2013 his own project Secret Jams Records came alive he found it with a lots of knowledge researching and experience gained through the years!Now currently the label is expanding with international artist rooster and simple goal to bring forward thinking house music for the future generation boosted with a lots of pozitivism circling around the studio! As in his gigs as well in his productions, you can catch up the line of the dark and deep main build-ups comibining various grooves and analog elements!He always loves to jiggle and experiment with his productions, and to challenge himself when it comes to time in the studio,but now building a name for himself this is not an option he is focused on his own productions wich describe and represent his artist alias with a specific sound now and in the future !Currently 2014 year his last releases have been supported and shared likesfrom: G-Pal,David Herrero,Mikalogic,Thallulah,Him_self-Her,Cony,Vazik and more admirable novadays artists! More quality music deffinitely to follow !