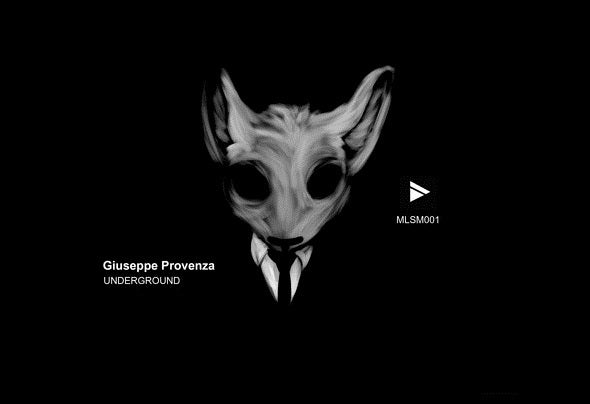 Giuseppe Provenza signs the first edition of the new online community project "I LOVE MINIMAL TECHNO".The biggest online techno community, the Bosnian brand I LOVE MINIMAL TECHNO, is a new project, minimalism Records. In a statement, minimalism is "a means to help you find real freedom," and we are here to present you the premiere single "Underground" 2 produced by Italian Giuseppe Provenza. Giuseppe knew from his early age that music attracted him, and found his passion in playing the piano. With the great support of his father, a young man from Palermo continued to cultivate his love of music. He was introduced to the techno world by a friend, and after discovering this movement Giuseppe decided that he wanted to dedicate himself to the music production of electronic music. His favorite sentence is: "The San continues, the dream must continue," and he continued. So far he has released for Essentia Records, Secret Jams, TwistedVintage and Micro Sound Records and promotes techno culture through a movement that started in Italy, WE CALL IT TECHNO, and his release "Underground" is presented below. Quitting, disorienting rhythm repeatedly cut vocals and special effects that draw the attention of the listener to every detail and frequent change in dynamics. The words "Get Underground" and "Downtown" put a slightly dark tone, while the rest of the tape is dedicated to throwing out a large amount of energy."Giuseppe Provenza was born in Palermo on May 5, 1987. From an early age he begins to notice his passion for music, the piano is the instrument in which he reflects. Started playing at school and then get to play in the church, it has a lot of fun telling the passage from the church to the disco.Thanks every day for having donated his father's love for music. Today the DJ is a Techno music producer dragged into this trend by a friend. His favorite quote: "The dream continues, the dream must continue" Never give up ..."