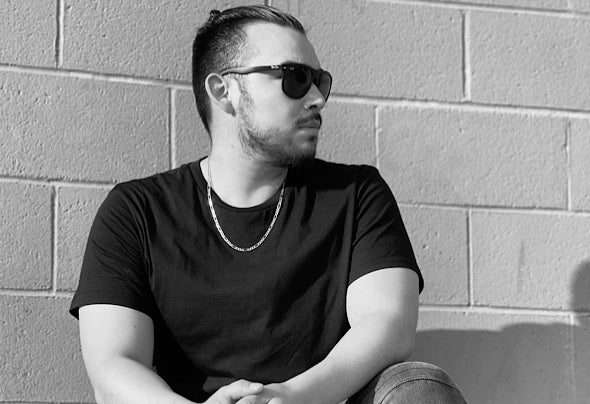 Josh Fabian, AKA TIMEKUBE is an American Techno Producer/DJ who was musically raised between Los Angeles, California and San Salvador, El Salvador. Currently based in the greater Los Angeles Area, he is an up-and-coming musician in the electronic music scene in southern California. Energetic, melodic, boomy and dark, TIMEKUBE's productions reflect his love of "old school" rave synth sounds and drum machine patterns from the 90s and 2000s. Influenced by a range of music around him from hip-hop to baroque to cumbia, these elements are always prominent in each and every track and have further inspired him to continue his incredible electric journey. Having had his music supported by Techno industry leaders such as Spartaque, and Amelie Lens to name a few, TIMEKUBE's music has reached the ears of many - locally as well as overseas. TIMEKUBE strives to push the sound of the past into the future through experimentation and exploration. His vision for the future is clear; it is to bring a colorful and high-energy sound to bring people to dance!