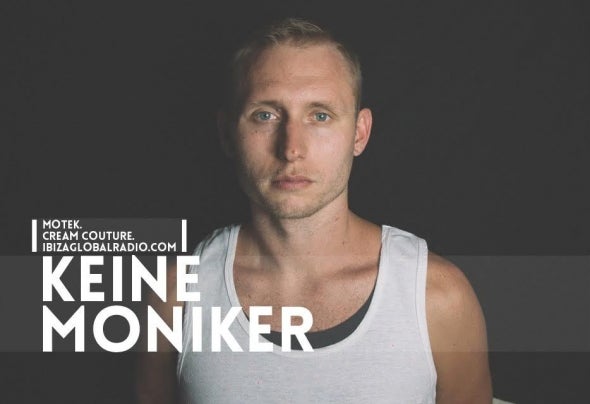 Sometime between Eddie Vedder’s lamenting and Sarah McLachlan’s fated pet requiems, a great leviathan named Lonnie Burnside burst forth from the salty seas of South Texas, raising with him a tempest of dance-inspiring rhythms. Disquieting the small Gulf Coast region from whence he came, the wee musician’s sound fumbled through DJ adolescence in the 90’s, adopting the funky style of Chicago house as a platform while applying his own multi- instrumental skills. But the blue-green machine didn’t stop there. Thrashing and frustrated in the warm waters that bound him, the young artist dubbed L. Boogie travelled to the Lone Star oasis of Austin in mid-2000, where he probed his tentacles deep into the electronic scene.Maturing in the land of free-flowing beer and slack, L. Boogie’s aqueous style soon discovered the grittier techno sounds of Detroit and Berlin, giving shape to his current persona, keinemoniker. Self-proclaimed producer to the porn stars, keinemoniker - which translates to “no name” - perpetuates aural hedonism by breeding house, techno and nu-disco into his own class of furry.Relentless in promotions as he is in his pursuit of brown- skinned beauties, the Rubik’s-cubed Casanova is an integral part of established collectives EEATX (electric avenue texas), {abstrakt}, [bas_mkt], Werk It, and darkside. As a performer, the whiskey aficionado plays master and servant to the decks, unabashedly losing himself to the art at times, and his presence has cast an undeniable net across downtown Austin, spanning the city’s hot spots like Kingdom, Lanai, Barcelona, Loft 718, and the legendary underground bar known as Plush. Diving deeper and darker, the personalities of Lonnie Burnside continue to evolve and splinter the genres of dance.