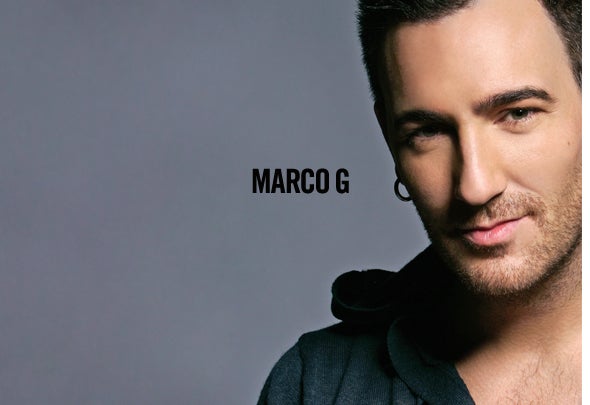 Over the last few years, Marco G’s name has become synonymous with quality house production, distinctive remixes, and outstanding live performances. His cutting edge sound in electronic music has made him one of the most sought after DJs and producers in Canada. Marco’s aspiration for excellence and innovation has allowed him to reach goals beyond even his own imagination.Marco G's productions generated all kinds of support from DJs & Producers around the world such as Tiesto, Joachim Garraud, Carl Cox, Laurent Garnier, Dave Seaman, Fedde Le Grand, Paul Van Dyk, Moguai, Armin Van Buuren and many others. Marco has also played with the likes of Deadmau5, David Guetta , Tiesto, Skrillex, Steve Angello, Benny Benassi, Richie Hawtin, Fedde Le Grand, and many more.His productions under his own label NO REQUESTS MUSIC, has led him to find a home on prestigious labels like Ultra, Ministry of Sound, Pacha Recordings, Intec, Little Mountain Records and Spinnin. Apart from his production skills and achievements, Marco’s unique sound has landed him opportunities to play at many prestigious venues in various cities around the world such as Amsterdam, Bali, Sao Polo, Bogota, New York, Mexico, Los Angeles, Paris ,Toronto ,Seattle, many more.Marco G was resident DJ for 15 years at one of the most prestige nightclubs in Canada – Le Dagobert. Marco is currently one of the main music producers and DJs on the world-famous Radio Station NRJ. He has now ventured onto the West Coast to begin working on major productions in Vancouver and Los Angeles. This year Marco will be sharing the main stage at the historical Festival D'été de Québec with the likes of Tiesto, Martin Solveig, Wolfgang Gartner, Madeon, and Sultan & Ned Shepard in front of a crowd of more than 150,000 people.The future looks bright for this rising DJ and ground- breaking producer as he continues to reach for quality and innovation on the worldwide stage of the music industry. Enough said; let Marco G's music speak for itself.