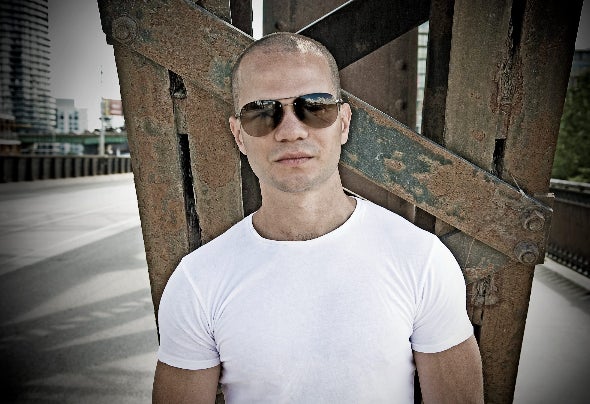 In the past few years, up and coming Artist Elan Myles has created a big mark in the electronic music scene. His ability to mix progressive house, techno and tech- house into unique vibes hasn’t gone unrecognized with DJ’s such as Roger Sanchez and John Acquaviva supporting his tracks.Starting to produce at the age of 17, he has perfected his craft in creating melodic sounds infused with unique stabs and chords. His tracks are best known for their versatility, as he uses original instruments in the breakdowns and switches it up with rougher low bass lines and techno vibe drops.As a DJ, Elan Myles is acclaimed for his unique style of mixing when playing live. He mashups tracks live creating a personal remake of every song for people t o experience in t he moment – never replicat ed.His first single release was a Tech House EP called Spanish Night and Woodpecker. It was released on Beatport under Plasmapool's label Suicide Robot in 2011. In the upcoming year he was signed to a number of labels including Incorrect Music, Beat Therapy and Sea to Sun. Same labels whose artists include Anthony Attalla, Lutzenkirchen, Three Sixty, Phunk Investigation, Dirty Rich, Miles Dyson, Mord Fustang, Adam K & Soha, ADDY, D-Unity, Umak, Danny Tenaglia, Matteo DiMarr and many more.That same year, he was featured on the cover of Futureale Magazine as artist of the month, with his third single House Agenda becoming an ultimate hit across radio stations in UK, and Germany, and ranking as one of t he t op 100 downloads on Beat port . That year also marked the kickoff of his highly successful podcast Beats in Motion which ranked #52 most downloaded electronic music podcasts in the world on iTunes. Listened to by fans all over the world, BiM features different music each episode and has become a platform for DJ’s including Elan Myles himself, to showcase their musical expertise while staying true to their style – its all about the talent. Each month it features a mashup portion of his favorite tracks mixing the first half, while the second half hosts a guest DJ. BiM has featured a number of famous artists such as Manuel De La Mare, Three Sixty, D-Unity, Danny Nightingale, MC Flipside, Sonny Wharton, Kotov & Andre Wilde and many more talented artists and friends. Internationally on demand, Elan Myles has been featured on UK’s Amber Sound Radio’s Ibiza House Party hosted by Danny Nightingale, as well as on Manchester’s Global Underground Radio, DI.FM, and Frisky Radio. His tracks have been released for various compilations such as 12.inch.recordings Progressions Vol.1, Big Bass Heroes 2, Ibiza Beach Bass by Selected Records, Incorrect Music Basis VI collection and Beat Therapy Vol. 2.Alongside his success as a producer, Elan Myles has also made his mark in the nightlife scene, having played in Toronto’s biggest and most recognized clubs such as the Guvernment Nightclub Main Room and Skybar, the Sound Academy, Ame Supperclub, Dolce Social Ballroom Night club, Faces Night club, Club V, and Cobra Lounge. He has also played at Spectrum Electronic Festival and internationally in countries such as Panama, and most recently in China’s DuoNight club.For 2012, he continues to produce his original singles, podcast BiM, and dj all over the world. His opportunities have become endless, as his unique gift has embarked a statement in the world of electronic music.This is – Elan Myles.