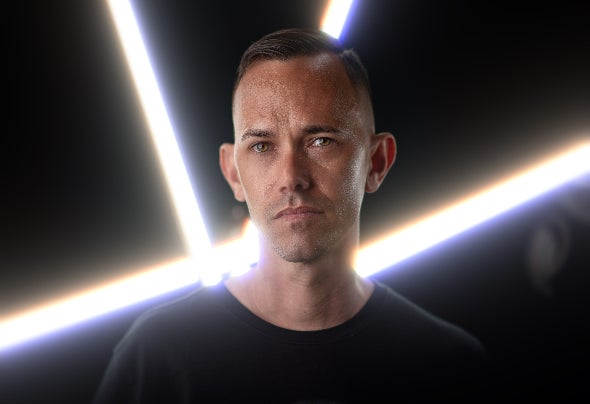 Hailing from Florida, Josh Lawrence is an established DJ and Producer with a penchant for creating infectious tunes and relatable narratives. Inspired by the energy created during live shows, Josh Lawrence’s music journey has taken him all around the globe sharing the stage with internationally acclaimed acts such as Borgore, Brooke Evers, Barely Alive, Clinton Sparks, Virtual Riot, Dj Skribble, and Dubloadz just to name a few. Apart from being featured on a plethora of music publications, media as well as playlists, Josh Lawrence’s energizing live sets leave crowds electrified and in awe with his dynamic style. The multi- talented individual also seems to have a unique innate competency to ingeniously present music in multiple styles, all while maintaining a consistent brand, one of the factors that make this DJ one to keep an eye out for. During the Covid pandemic, Josh Lawrence spent more time honing his craft which resulting in the single Atraxia which was released in 2022. Atraxia was featured on Nora En Pure’s “Fragments VI” EP, has charted on iTunes in multiple countries and has also been played on SiriusXM’s Purified Radio. The single was also supported by the likes of Sultan + Shepard, Eelke Kleijn, Nora En Pure, Alexander Orue, Myni8hte and many others. With big dreams and plenty of energy to spare, Josh Lawrence seeks to bring happiness and energy to people from all walks of life with his music, and is well on his way to becoming one of the most phenomenal DJs in our generation.