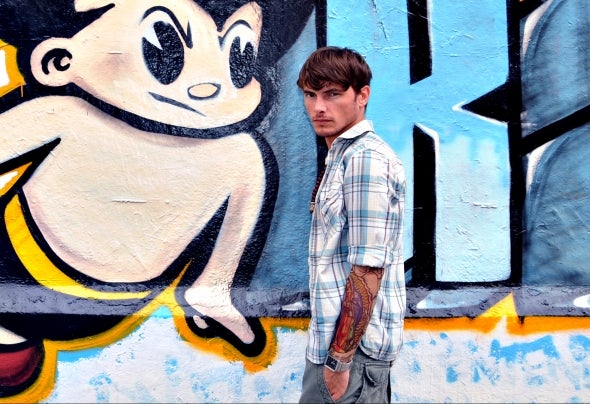 Ben Manson has become synonymous with the Parisian electronic scene.He start his career in 1998 in private parties during Paris fashion week. Remark in 2003 by Walkgroup, The famous agency will offer him to play or to have a residency in all the major night temples of the city of light!!! From Queen club to Mix via Folies Pigalles , Cab, Gibus ,... And today Wake Up! The best afterhours in town where he mixes every month a spécial XL session of 8 hours and of course Scream the party which transform Ben from drummer to dj.With his unique touch and his feeling with the clubbers he started to play with some of the most notable international djs including : David Morales, Victor Calderone, Chus & Ceballos , Deep Dis h, John Digweed, Wally Lopez , Above & Beyond, Junior Vasquez, Peter Rauhofer, Offer Nissim, Tom Stephane, David Guetta, Miss Honey Dijon, Smokin'Jo, Roger Sanchez, Lissat and Voltaxx, Ivan Pica,... & Many more.Since years now, he has taken the world from his residence at LAB’s (His own party) at Scream (Paris), La Démence / Fuse (Brussels), Warehouse (Amsterdam), FSK at Pratersauna (European N°2 best underground club after Berlin's Berghain) to his gigs all around the world : Cologne, Berlin, London, Madrid, Roma, Montreal, Milano, Moscow, Warsaw, Vienna, Singapour,Tokyo, Barcelona, Rio, Sao Paulo, Zurich,... He spreads his beats all around the world.Since 2008 Ben also produce music!!! His first track "From Hell To Paradise" was dropped on Factomania (Wally Lopez's label) and has been followed by some massive remixes for Dj Chus on Stereo Productions, D-formation on BeatFreak Recordings, Pagano on Kult Records,... And many more on Sorry Shoes, Twisted America, Vamos, GT2, Matinée, E-Ibiza,...2014 is and will be a hot production (and remixes) year with a real return to Ben's original beats; more tech-house, tribal and techno than ever before with some special versus, featuring,.. with somes of the leading artists of the electronic music scene.. Techno his set are a melting pot of electronic vibes.   Included House, Tech-House, Nu Disco, Progressive &