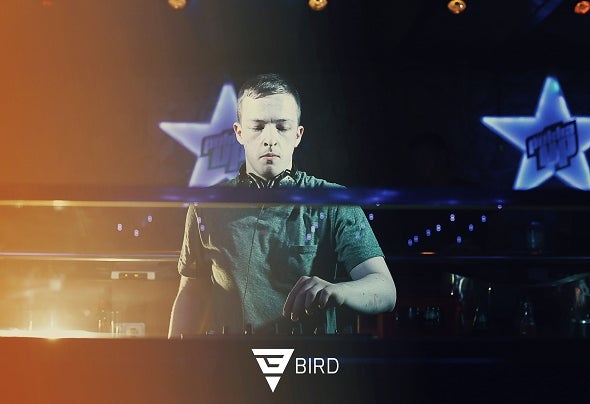 Originating from Wales, UK. EDM / Bigroom Progressive producer / RemixerA born music enthusiast, 3BIRD has always had a strong passion for emotive sound. Living by the theory music should move you in ways nothing else can he has pledged his life to doing such. The last 7 years of his production and DJ journey have certainly been filled with emotion, happiness and sadness, this is conveyed in his peak time productions.2012 saw Pukka Up Ibiza's Mark Robinson snapping him up as a one to watch with a debut EP release on Pukka Up Records. It later went on to feature in several progressive house compilation albums as well as hitting the top 100 on Traxsource.2013 saw 3BIRD taking off in a style like no other, being signed to Marco V's Incharge label and joining the beyourself music family as a producer. His EP Elixir/Here We Go recieved great support from djs such as Thomas Gold, Norin & Rad and of course Marco V himself.His EP Elixir was also featued in DMC Magazine's Buzz chart 2 weeks running.2014 sees on going emotional struggle that is production for 3BIRD.And the opporuntities just on the horizon are looking better than ever!"I'm just a kid with a dream, and that dream is for people to feel what I feel with what they hear, I love music and without it, we would live in a pretty dull world." 3BIRD