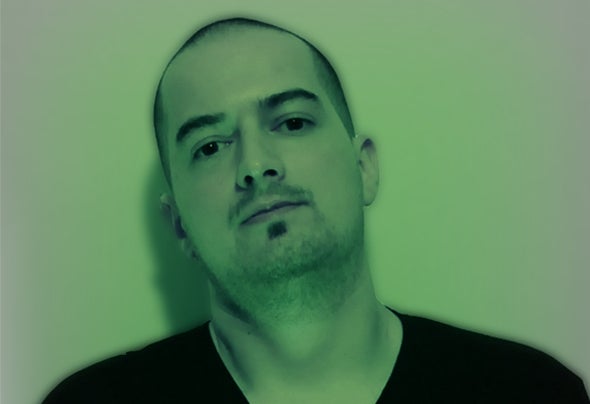 Here is Dani Veiga, a young Spanish producer, deejay and a qualified sound technician as well. He began his career as a dj in the year 2000, and in his first nine years, years he has gained a great experience with the audience inside the booth working alongside great national and international artist like: Laidback Luke, Antoine Clamaran, Mischa Daniels, Kurd Maveric, Jerry Ropero, David Penn, Jesse Garcia, Bart B More, Peter Gelderblom, etc...In the beginning, he has been publishing his own creations with the collaboration of mayor record labels like: Blanco y Negro (SPA), Bedrrom Muzik (Miami), Avenue Recordings (Canada), Kaos Records (POR) and also with the highly acclaimed remixes of artists like Mastiksoul or Juan Magan & Marcos Rodriguez along many others.Dani Veiga’s projects, are keenly supported the international star and "living legend of house music" Roger Sanchez in his radio show Release Yourself and in their sets. A number of them reaching the top 100 downloads in Beatport (the world’s biggest site for electronic music) and other have received incredible feedbacks from dj’s like: Steve Angello, Tiesto, Fedde Le Grand, Bingo Players, Mauro Picotto and Dj Chus, etc... In 2010, he takes part for first time in the “WMC Miami” in march for 2 shows and in his return to Spain he joins the “Zoo Club” family as a new resident deejay. “Zoo Club” is one of the most prestigious club in Spain for its great quality and amazing events (Voted “Best Spanish Club” in 2009 by the Spanish magazine “Deejay”), sharing sessions with artists of the calliper of Erick Morillo, Erick Prydz, Steve Angello, Laidback Luke, Dirty South, The Martinez Brothers, Mark Knight, David Tort, Dj Chus, Abel Ramos, etc... 2011 is the year that his relationship with the artist Roger Sanchez takes bigger shape, supporting all projects released during the year, including mashups and bootlegs which have a massive online following. One of the singles released this year by the British record company “Get Down”, has gained great international relevance and acknowledgment of people like Pete Tong, Erick Morillo, Fedde Le Grand, Hard Rock Sofa, Swanky Tunes, Kaskade, Nicky Romero, Richard Grey, Hook’n’Sling, etc... Besides this, after taking part in several movie projects and finishing his high studies, Dani Veiga starts to work as a sound technician and radio dj in a several radio stations. Now, you can listen to Dani’s weekly show “Funka Disco” in several Spanish and Latin American radio stations or you can subscribe to the weekly podcast through the website. The sound of his live performances, comes since the Tech-funk house, Latin-Tech, to the power of Progressive House , and all of this, without losing sight of the evolution latest sounds.Doesn’t matter if it’s as Dani Veiga or as Dave Cruz .... Continuous work and a very clear idea of the sound without compromise... This can be seen in his live sessions or in his role as a producer.