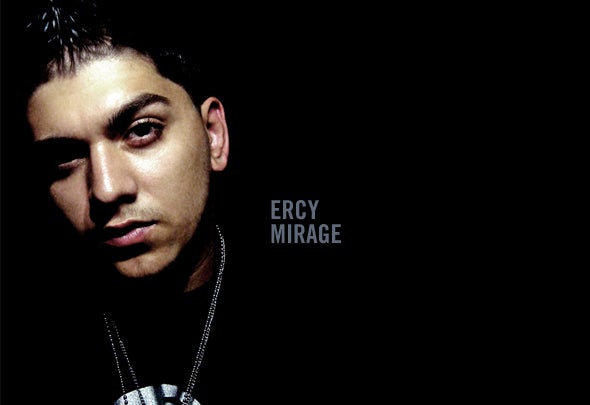 He is not the latest talent to explore the world of dirty, sticky dancefloors but he could be the youngest among pioneer masterminds to put his finest on the turntables and break out with beats that have been introduced from the corners of the States to the music-infected grounds of Europe. At 18 years-old, while many of his age buddies are holding the spotlight to enter the velvet ropes of clubs, Ercy Mirage, Albania's infamous product, is the bold name on flyers and the guest DJ spinning under crazy disco-balls for club-goers of all ages who appreciate a new splash of sound for their batteries-not-included moves. Mirage's midnight booms have been a rolling stone building up to this momentum. Not a serendipitous event, sound runs in his veins having trickled down from a family a ffiliated with the music tribe. Ambitious and caught in the experimental hype, DJ/producer Ercy Mirage, began cutting the night scene and playing with divergent sounds while accentuating his individual style of progressive house- a term coined to describe a drum structure with emotional edges and dubby basslines. A "disck- jockey" at first, he ventured into a full time DJ masquerading in the dark as Ercy Mirage, a name that has become part of the dance universe.