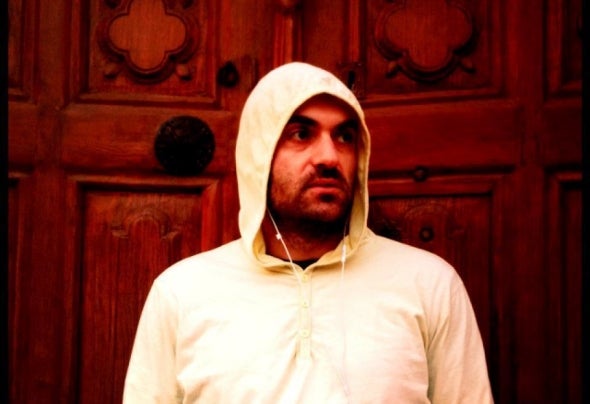 From the early years he had passion about music listening artists like :Depeche Mode, Bauhaus, Yello, Kraftwerk, Joy Division, Giorgio Moroder, Pet Shop Boys . After hearing Danny Tenaglia in an Athens club was blown away and started collecting vinyls and started involved with music taking piano lessons and got hid first music equipment at the age of 16. Then , he studied at S.A.E. College Athens Sound engineering and Music Technology and after that got involved as a professional sound engineer , in many clubs and music halls working with some of Greece's and worldwide greatest artists - singers. This work led into cooperation's with TV productions,recording studios , where he developed his abilities in sound recording and sound engineering. What attracted him the most was the composition of Electronic Dance Music and Dj Performing , that's where he is focusing for the future. His tracks are techno oriented with awesome " signatures " as he calls themFrom 2000 till now he is resident in one of the biggest beach clubs in western Greece COPLA CLUB, kathisma beach, lefkada (www.copla.gr) playing with some of the best greek DJs like (CJ Jeff,Chevy,Mr Statik, Tolis q, Nick Varon, Dj Leoni , Tonny Lasar, Adrianos Papadeas, G-pal and Leon Segka, Anna Maria X, Dj Cleopatra, V- Sag , Dimi Phaze , Kreon, Gus & Bonso) and some famous foreign dj's like Nick Warren and RickyMont anari, Gui Borat t o, Guy Gerber, Jellybean Benitez,Argy, Dj Tarkan,Steve Bug, Dennis Ferrer , Nick Warren.From 2006 he entered in ELECTRICITY TEAM ATHENS playing with CJ Jeff (www.myspace.com/rhythmeticrecords) one Thursday per month in plus X club (www.plusxclub.com) and from now participate some times warming up for cj jeff . in << Electricity Night >> in mamacas bar(www.myspace.com/mamaca's). Dj Dello was a RUNNER UP dj in RAW TALENT contest by famous magazine IDJ ( www.i-dj.co.uk ) in april 2008 issue (No 98 ).From the beginning of 2010 he is a resident dj on the most popular internet radio station in greece calLed DANCERADIO ( www.danceradio.gr ) with a monthly radio show with lots of listeners from all over the world. This year Dj Dello is part of the No1 Greek Profile Image (590x404)Dj (BEST RADIO Dj awards for Greece ) Adrianos Papadeas team warming up for several venues around Greece.